Drenched, Part III: Check out these Storm of September 2011, links to stories, photographs

Rescue workers work with a decorative lighthouse in Susquehanna River operations near Wrightsville, Pa., Friday. As of this morning, whatever cresting the river had planned is past, leaving riverfront residents to deal with the cleanup. Also of interest: Drenched I and Drenched II.

– A bit of history about the Susquehanna River:  On ancient Susquehanna, flooding’s a frequent fact.

– The York Daily Record’s Facebook page has become a community gathering place for commenting on the September storm and its aftermath. People are still there… .

– While on the social media theme, History will remember the storm as the time that social media became a prime way to communicate. See this Daily Record piece about how York countians used social media to locate sump pumps.

– One last note on social media: The upload of a harrowing York County school bus ride through a small river crossing a road turned up on YouTube. That provided a tip that led to a much-commented YDR Facebook post to a YDR story. Then a second video surfaced. Whatever the fallout, the video, taken by a student with frightened commentary, will serve reminder of the September storm’s fury and what York countians suffered through these past days in September 2011. View the video here. 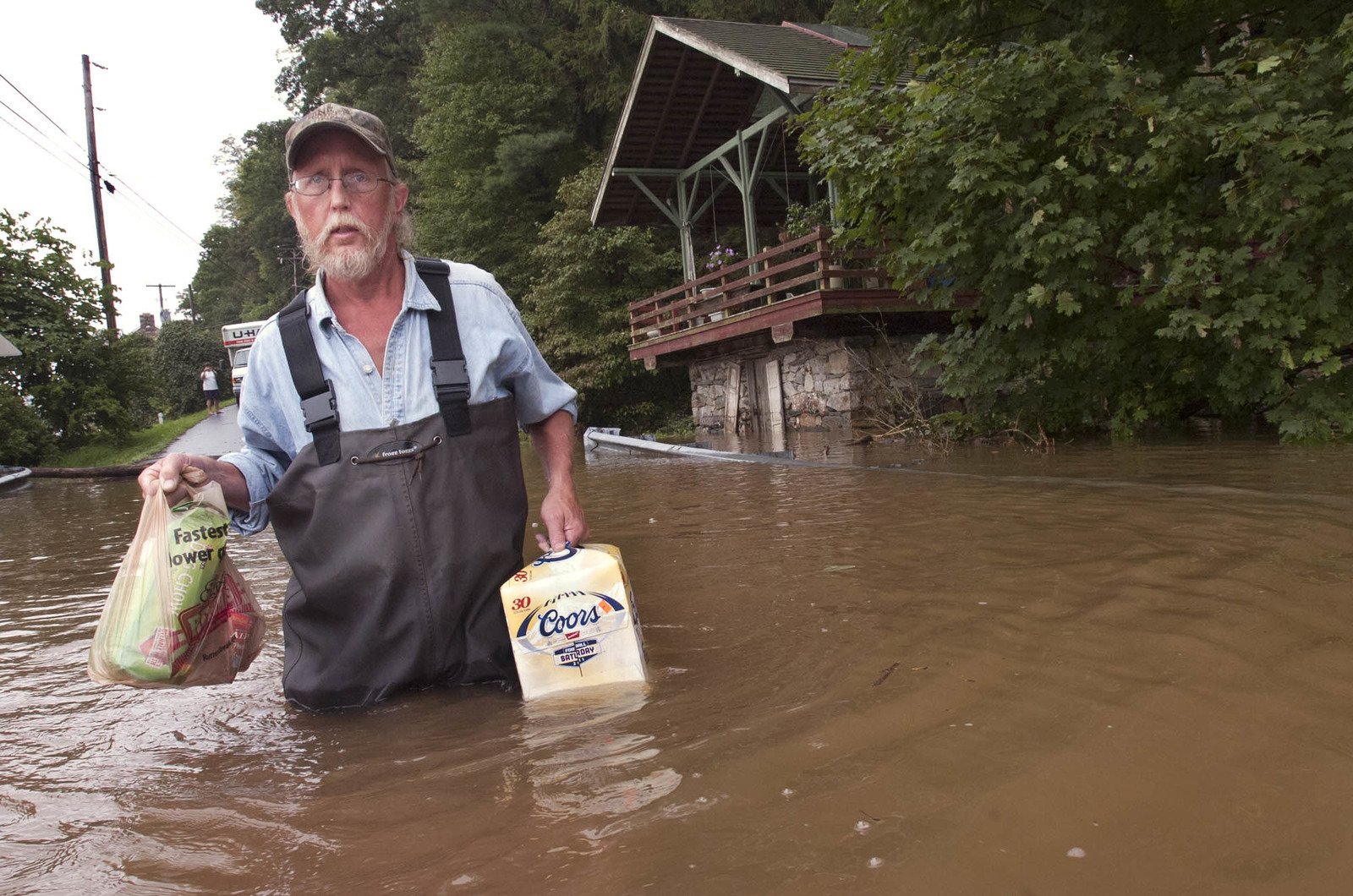 A River Road resident wades to his Hellam Township home.