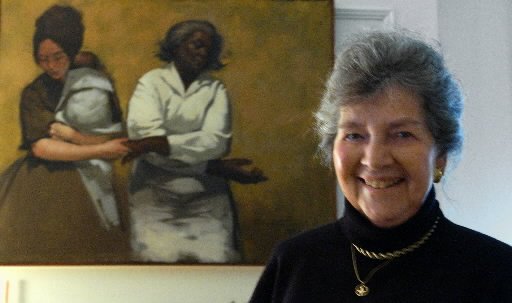 Dorrie Leader poses for a York Daily Record/Sunday News photograph about 10 years ago as part of a story on her participation in the March on Washington in 1963. Also of interest: Dorrie Leader part of York County  ‘Civil Rights Heroes – Barrier Breakers’ mural.

The late Dorrie Leader has drawn a lot of  well-deserved praise.

May her memory live on.

Here are some kind words that came in 1984 via AAUW’s ‘Legacies’ booklet. That booklet profiled Dorrie and 49 other achieving 20th-century York County women.

It quoted a YWCA publication:

“She was further described as being able to pull together a roomful of diverse people with diverse opinions so that at the end of the meeting everyone felt that progress had been made.” 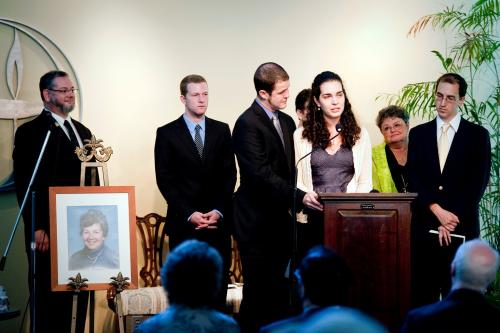 The booklet was also the basis for this profile appearing in a series about achieving women in the York Daily Record/Sunday News: 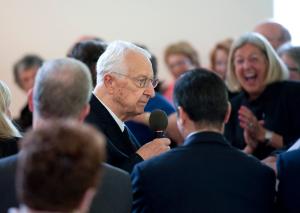 Doris M. Leader born: 1923
Family: Husband, Henry; four daughters
Known for: Working to improve race relations and create opportunities for minorities
Education: 1944 graduate of Swarthmore College; a master’s degree in 1946 from Syracuse University
Occupation: Civic leader, humanitarian
Accomplishments: Helping draft regulations for desegregation of social organizations in York and participation in a professional audit of human rights in York in the 1950s and ’60s.
Honors/awards/recognition: Golden Deeds Award from the Exchange Club in 1974, included in “Distinguished Pennsylvanians,” “Who’s Who in the East” and “Who’s Who of American Women” in 1980.
Community involvement: She served on the board of the York YWCA for 25 years and the board of the national YWCA for 18 years (including time as vice chairwoman and chairwoman of the national nominating committee).  She was a member and vice-chairwoman of the state Human Relations Commission, as well as chairwoman of the York County Committee for the 1970 White House Conference on Children and Youth. She served on the boards of the Family Service Agency and the York City School Board (three years as president).
Excerpt from “Legacies”: “In her words and deeds, Dorrie Leader has contributed her tremendous efforts to bring peace into the lives of those she touches.”