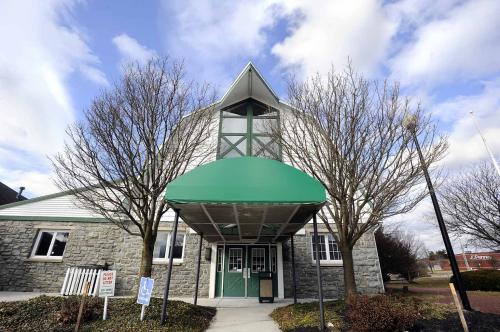 Readers in great numbers are lamenting the planned loss of the old Meadowbrook barn, also known as the Avalong farm barn, at Whiteford and Mount Zion roads. The barn is best known as the site of the Pfaltzgraff pottery outlet for years and was originally part of the Meadowbrook Mansion estate. (See related photograph below.) Also of interest: About Avalong’s and Melvin’s: ‘I am some what familiar with the history of the area’

The demolition of an old-barn-turned pottery outlet seems like a done deal: Old Avalong Dairy barn, set to be torn down, holds memories for family.

The bank that’s going in has found the old structure, part of the Meadowbrook and Avalong farm complexes for years, does not have historic value. The township has signed off on the bank’s development plan.

The point often lost in these deals is that each demolished landmark results in erosion of a bit of community. A little loss here and a little loss there and you just have vanilla sprawl.

Sometimes such losses can be mitigated.

Metro Bank, across the street, sits on the former site of the landmark Avalong restaurant. Although a Rutter’s restaurant originally replaced Avalong’s, as it was called, Metro Bank reached back and brought forth the Avalong eatery as a mural on its main interior wall. The mural not only reminds customers of place but is visible to motorists passing through that area.

So the bank did a good job – or as good of a job as it could do – in maintaining a sense of place.

Loud public sentiment is good and appropriate in such moments as these. That might stiffen the spines of our politicians when they study proposals to knock down community touchstones.

Not all old places or sites can be saved. But this one clearly was one that should have been.

Ever hear of the Meadowbrook Guest House?

In a post over at York’sPast, Blogger Stephen H. Smith shows an aerial photo of the Avalong barn in 1937, which means its older than the bank’s research found. Was it part of the original estate, dating back more than 100 years? Smith also tells about an old barn’s old weathervane featuring, yes, a cow. See his comment below, too. 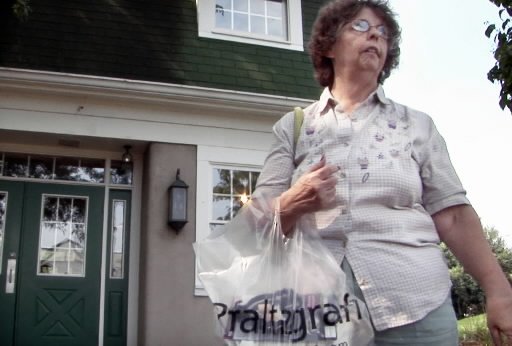 Glen Rock’s Annamae Rohrbaugh shopped at the Pfaltzgraff Factory Store several months before it closed in 2008. An example from Rohrbaugh’s family gives insight about change in York County. Her daughter worked at the Pfaltzgraff plant – heavy industry – that closed. She went to work for a day care – in the service industry – for far less in wages. So Pfaltzgraff pottery manufacturing left the country and its factory store closed. Now its former store, a landmark barn representing the county’s old agricultural roots, will come down to provide a footprint for a bank, again of the service sector. A lot is going on in that corner of Springettsbury Township. Also of interest: Springettsbury corner bears witness to changing face of America.