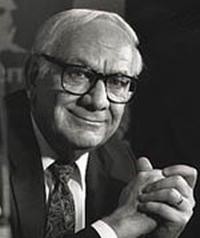 York native Dominick Argento won a Pulitzer Prize for his musical compositions. He also has written a book of his memoirs.Dominick Argento at top of York A & E hall of fame and John Luther Long: Miss Saigon’s York County connection.
York native Dominick Argento thinks the piece he wrote for the anniversary of the National Cathedral in Washington his greatest work.
And that’s saying something for a composer who has won the Pulitzer Prize.
The world-renowned composer’s most recent work will be performed for the first time at 4 p.m. Sunday.
A York Daily Record story said the choral work, “Evensong: Of Love and Angels,” was inspired by the memory of his wife, Carolyn Bailey Argento, who died two years ago. They met at the Peabody Institute in Baltimore… .

The Cathedral Choral Society and Orchestra perform Argento’s composition.
For more on Argento’s life and times, see the following from the York Daily Record/Sunday News (12/19/04):