Documenting Adams County barns: Now, this is what a barn should look like 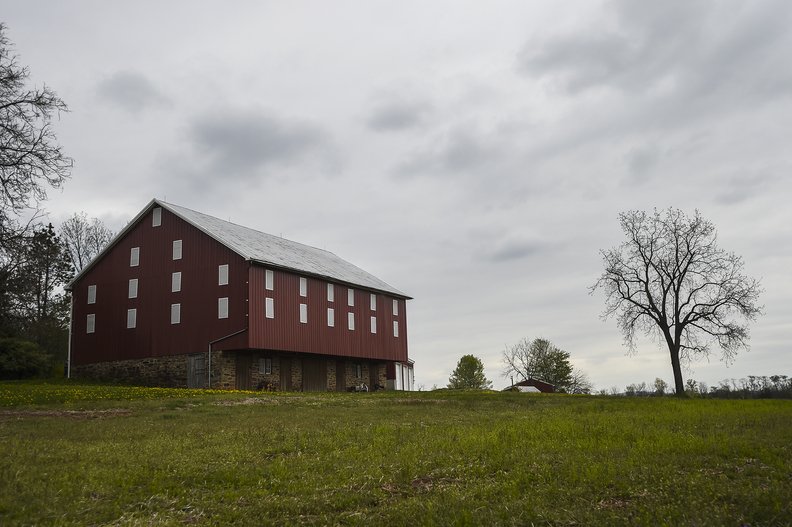 Now this is what a barn should look like. Painted red. Overhanging forebay. Built into a bank. Inside, heavy hewn wood posts making up its frame. No wonder the invading Rebels in 1863 saw barns such as this one on Kuhn Road in Adams County and proclaimed Pennsylvania the land of milk and honey. The Confederates then commenced to help themselves to the milk and honey. This 19th-century barn is the 172nd to be placed in the Historic Gettysburg Adams County Barn Preservation Project. The organization is documenting the 1,500 barns in Adams County, so the mostly volunteer organization has a way to go. See the registered barns: Barn registry. But it’s getting there. A study of the barns provides clues about their owners, an Evening Sun story states. ‘You can see how wealthy they were, what crops they grew and what sorts of animals they had,’ project preservation specialist Kendra Debany told the Hanover news organization. ‘You never see two barns alike. They all have their own charm.’ York County has no similar barn registry program, according to the Evening Sun. Also of interest: Teddy Roosevelt in York: ‘I know York county farmers are prosperous. Their barns are bigger than their houses.’
+++

“You never see two barns alike. They all have their own charm.”A team from the Historic Gettysburg Adams County barn… 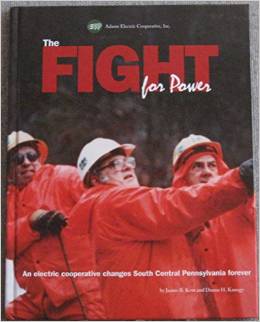 ‘The Fight for Power,’ a history of Adams Electric Cooperative,’ has won a big award from the National Rural Electric Cooperative Association’s Council of Rural Electric Communicators. The book was co-written by Jim Krut and Duane Kanagy. A news release gave this summary: ‘The book, available at any Adams Electric office, reveals the founding incorporators’ struggles to start the cooperative in August of 1940 as the nation was recovering from the Great Depression and gearing for war. It also outlines the many challenges that were overcome by those who helped the co-op grow over the past 75 years.’ 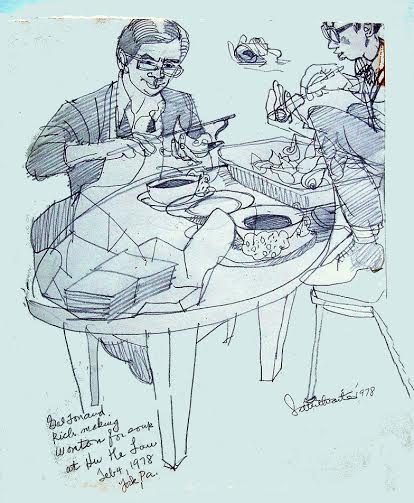 Making wonton soup in 1978 at York, Pa.’s, Golden Glow restaurant’s successor, artist Cliff Satterthwaite wrote in captioning this drawing. He did not name the successor. For more from Cliff, check out the Satterthwaite category.

History Mystery: This is the beautiful chancel area of one of #YorkCountyPa’s oldest church buildings. The Dempwolfs,…

Posted by York Daily Record/Sunday News on Sunday, May 3, 2015