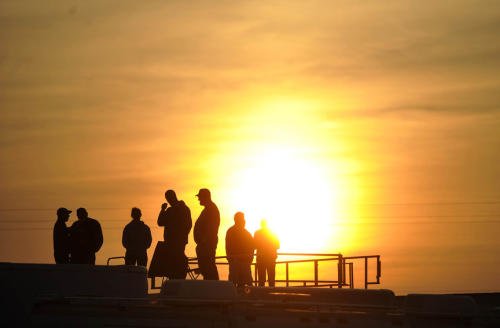 Ah, a spring racing evening at Williams Grove,  just over the York County, Pa., line in Cumberland County.  After a wet beginning to the 2015 racing season – rain doesn’t always mix well on a dirt track – sunshine came at last on April 17. A York Daily Record story put it this way: ‘After a rainy start to the local dirt track racing season, Mother Nature shined on Williams Grove Speedway on Friday night.’ So these fans catch the sunny scene at the track from atop a camper, as Williams Grove enters its 76th year. (See another photo below). Also of interest: 6 links capture big anniversary weekend at Williams Grove. 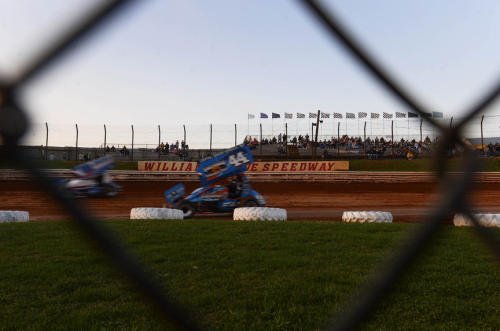 A typical Williams Grove racing scene on a Friday night earlier this month. Compare this with this scene from a long-gone York County dirt track, below. Check out this York Daily Record Media Center gallery of Kate Penn’s photos showing an evening at The Grove. 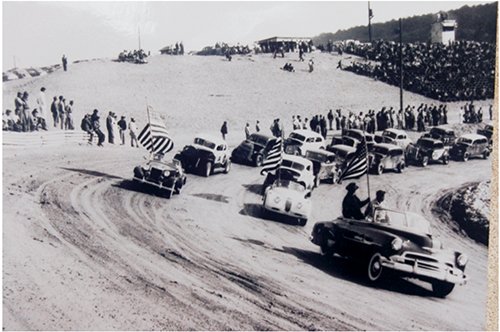 Other unrelated stuff from all over … .

For years, Rebecca Anstine has studied the life and times of black Civil War soldiers from York County and the region.

Her research brought forth this story, which she shared recently:

‘He enlisted as a corporal in Co. C, 32nd Reg. USC  and was transferred to the post band at William Penn on April 19, 1864, serving in the Mus. Brig. Band #2 USCI. In his pension records, he stated that in the spring of 1865, he was suffering from a cold, when the band was assigned to play in the funeral procession as the Lincoln’s train passed through Philadelphia.  It was raining that day and he became short of breath and had to ask to be excused from the ranks. For the rest of his life, he suffered from asthma attacks. When he died in Harrisburg on March 14, 1884, the post mortem showed that he had developed tuberculosis.  Two other men in his company, Joseph Costley of Philadelphia  and William Jones of Harrisburg stated that they had served with Cole in the band at the time of the funeral procession.’

+++
Pleading his innocence: And Yorkblogger June Lloyd shared a statement by Ned Spangler after the former York County man pleaded his innocence for any role in the plot to  assassinate Abraham Lincoln: Edman Spangler’s eloquent statement. 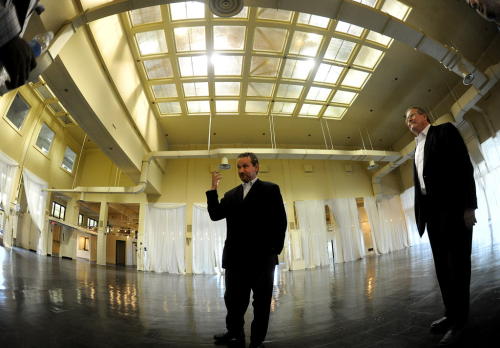 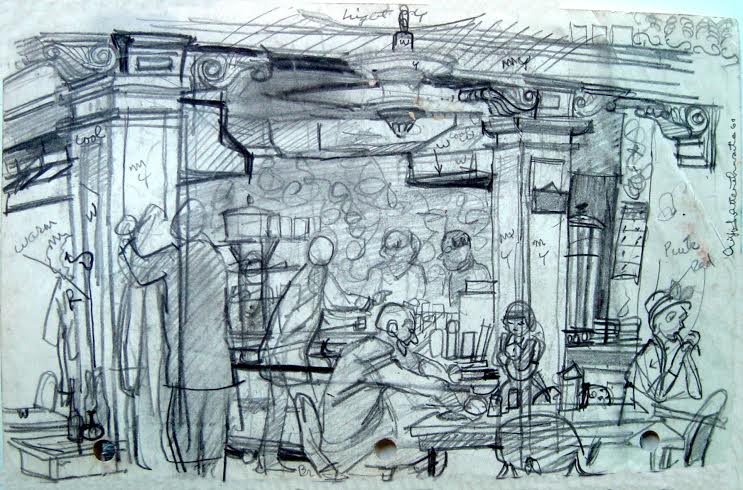 Cliff Satterthwaite captured the scene at this old York County landmark. He wrote: ‘After eating 3 slices of Grape pie at the Golden Glow, I asked Al Knoch “when he opened up”……..he said “1926 on this very day!”‘ More from Cliff: Satterthwaite

History Mystery: This mural, the smallest of the Murals of York, shows the best-known vehicle made in #YorkPa before WW…