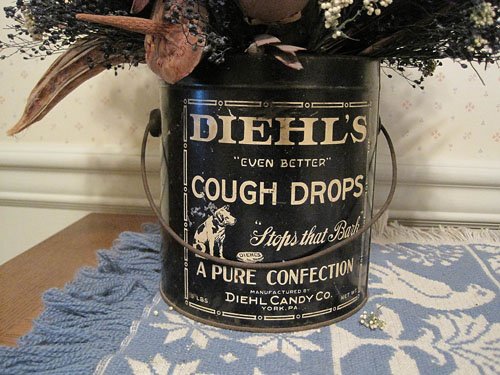 Carl Diehl submitted this photograph of an original Diehl Candy Company cough drop container, one of two that he owns of this early York, Pa., candy seller. Diehl’s operated on York’s North George Street in a building later occupied by Gregory’s and today CODO 28. ‘Recently,’ he wrote, “while attempting to locate the name of the owners of the Diehl Candy Co., York, PA I saw the crate submitted by J. Fix.’ That crate was part of this post: York, Pa.’s downtown: ‘This once bustling hub is becoming bustling once again’. Also of interest: Retailers in York, Pa., in late 1960s hedged bets on downtown by opening suburban stores

A local educator was looking for the location of Hey’s Institute, aka Cottage Hill Academy, a girls’ finishing school in York in the mid- to late-1800s.

He later found its location via this post:Girls touched down in York, Pa. to touch up . It was behind the Susquehanna Commerce Center overlooking the Codorus Creek. To be precise, it sits where Dorgan and Zuck’s office is today.

$8 a gallon?: Did you see that the cost of milk might peak at that price $8 a gallon? Dairying is a big piece of York’s past: Pensupreme site on Codorus Creek’s north bank home to dairies for decades and Over the years, Warner’s Dairy Complex has changed a bit and Do you remember when York County, Pa., milkmen made home deliveries?

Best of 2012: More list- Check out this list of top entertainment stories from York County: 2012 was the year of Live, Halestorm, Jeff Koons, Ken Ludwig, Club XS, Kingsfoil, Frankie Muniz and more. And see the best photos from YDR’s photo staff on the Look blog.  And here’s a list incorporating serious as well as unusual crimes  in 2012 in York County. 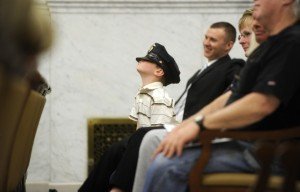 A favorite image by YDR photographer Kate Penn in 2012: ‘The York City Police Departmental Awards Ceremony is a pretty long and dry affair,’ she wrote. ‘Commendations are read aloud word for word to a roomful of people still waking up. Any photo consisting of more than a handshake would be a gem from this event. When I spotted Ty fooling around in his father’s hat I knew I had a photograph. I took a few frames where I was then slowly moved to a better position getting a few more shots in before he spotted me and the moment was gone.’ For more, check out the Look blog.