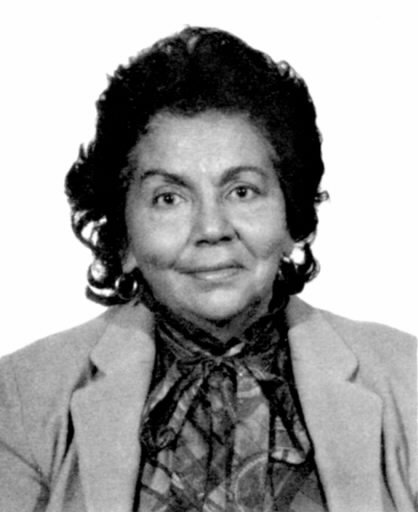 Delma Rivera and her husband, Edwin, were among the pioneering Puerto Rican families to settle and achieve in York County. Background post: York Spanish Council organized 33 years ago, York Springs a town in change, but what’s new?, and Katharine Beecher, “Legacies,” Part I.

“Legacies,” AAUW’s booklet on achieving 20th-century York County women, is an artifact in itself.

When viewed as a whole, it shows that most women achieved in the workplace in those days through their work in social or community service, teaching, nursing or libraries. Indeed, some believe this is still the case today. (Candymaker Katherine Beecher, profiled previously, was an exception.) …

Delma Rivera is one of those women noted for her work in the social service arena – she and her husband helped found the York Spanish Council in 1974.
Another point about “Legacies” as an artifact: Delma Rivera is the only Latino among the 50 profiled in this 1984 publication. This suggests that Latinos, then relative newcomers to the community, had not gained a place in the community’s conversation – something else that some contend has not yet happened.
“Legacies” is out of print but available at York County libraries.
More information about Rivera, adapted from “Legacies” follows:
Love of people and her heritage remains the motivating force behind Delma Rivera’s years of work with the Hispanic community of York.
Delma Milan Rivera was born in Aguadilla, Puerto Rico. She received a B.S. in home economics at Inter-American University in San-German, Puerto Rico, and a teaching certification in secondary education from the University of Puerto Rico, Rio Piedras. Rivera taught home economics, art, science and mathematics before coming to the United States.
In 1958, she accompanied her husband, Edwin, to Harrisburg while he completed his internship at Harrisburg Hospital. Rivera, her husband and two daughters established residence in York in 1960. A son was born in 1963.
Delma Rivera soon became very aware of the needs and frustrations of the Latino people who had come to York in search of jobs and a better standard of living and found neither. She and her physician-husband often served as counselors, interpreters and advisers to the Latinos lacking alternate resources.
Recognizing the unique needs of Latino people, Rivera and a few other concerned Spanish-speaking citizens formed the York Spanish Council.
The untiring efforts of this group were rewarded when the first Spanish community center of York, as a component of the Community Progress Council, opened in 1974.
Over the years, Delma Rivera has served as secretary and president of the center’s advisory board, fund-raising chairman, resource person, and as acting director of the center. She also served on the Governor’s Council for Hispanic Affairs, and in that capacity, she visited the White House to meet with George H.W. Bush.
Rivera feels it was “God’s will” that brought her and her husband to York. With the dream of a Spanish community center a reality, she has yet another dream — that of statehood for her beloved Puerto Rico.