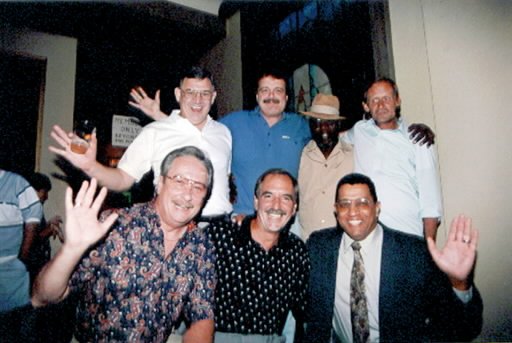 Jim Isenberg is the latest to comment on a past Del-Chords’ post about all those who made up the band over the years:

Every time a member of the Del-Chords would show up at the Ramona Restaurant all the girls would go bananas. When Cheeks Schlosser would drive up in his classic MG-TD wearing his Cuda jacket, blue oxford shirt, khaki pants and penny loafers, girls would go nuts. This was unfair for all the other teenage boys in town.

More memories of the Del-Chords
– What was the name of the eatery in the alley behind York’s Central Market?