Dancing at the Yorktowne: ‘I … drew it while they were dancing’ 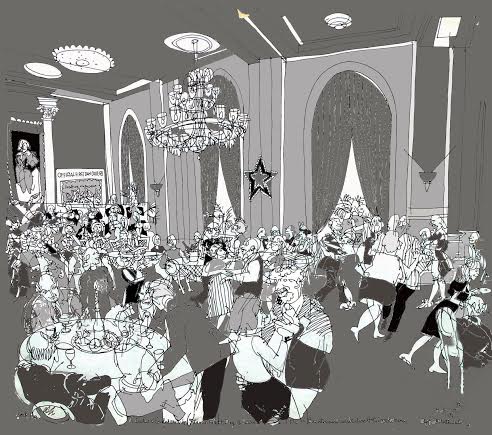 This is former York artist Cliff Satterthwaite’s rendition of the 1976 bicentennial dance (he believes) at the Yorktowne Hotel. ‘I (plein-air) drew it while they were dancing,’ he wrote in an email. That 200th anniversary of the Declaration of Independence was a major moment around York County, so this dance was no doubt a grand affair. We appreciate Cliff sending these along and hope he provides us with more. His work documents life in York County 40 to 50 years ago, a period also covered with photography. But Cliff’s Satterthwaite’s well-trained eye and hand documents that period in a special way. Also of interest: Check out these two rarely seen York, Pa., paintings from Cliff Satterthwaite.

4 more neat things from all over:

1. Buffy Andrews, over at Buffy’s World, is now in the building memories business. She posted the old postcard view of Dover’s square below. Buffy, by the way, is running a very interesting I grew up in Manchester/Mount Wolf Facebook site and was named one of the YWCA’s 25 Extraordinary Women of York County. 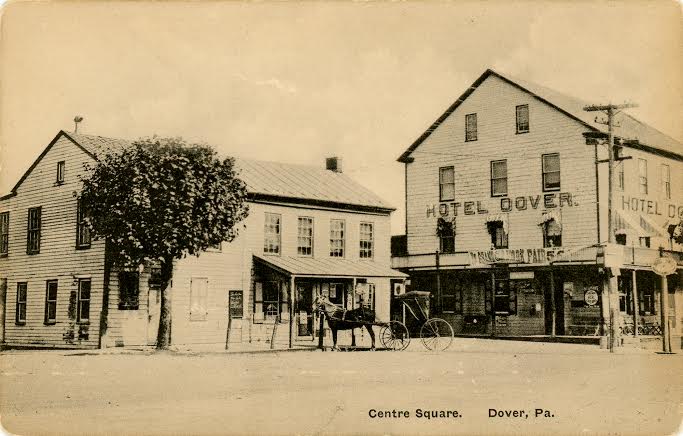 Buffy’s caption: This photo of the Hotel Dover was purchased by Madelyn (Myers) Shermeyer in 1952 from W.H. Crone.

4. In the original food loaf post, I responded to a reader who thought prisoners were pampered with this comment: “Or maybe just bringing back food loaf would be enough. Start with that! I tasted some one time (I wasn’t in jail) when we did the original story on the topic. One of our reporters brought it back to the newsroom after he was done with his assignment. – it must have been a to go order from the jail. Let’s say there won’t be a sequel to that taste test.”