Country music’s Shorty Fincher: ‘Valley View is the best of the lot’: Linked in to York County history, Oct. 24, 2012 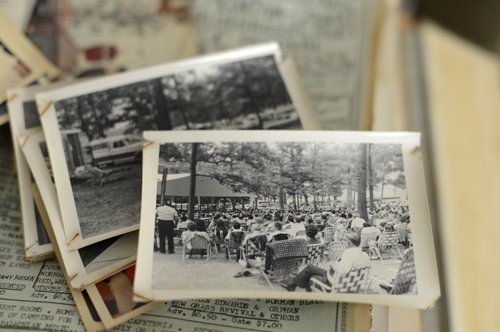 This was a typical scene of country-and-western-music lovers at Hellam Township’s Valley View Park in the 1970s. Otis McCall, former owner, was honored recently at the Dover Fire hall for his contributions to country music. A ydr.com story, ‘Country musician recalls heyday of Valley View Park,’ gives a glimpse of the long-closed park’s past: ‘The story of the park, a seven-acre tract of land in Hellam Township, begins with a man named Shorty Fincher, who first opened the little stage in the early 1940s with his performing “Prairie Pals.” ‘  The venue’s old site has been subdivided, and a Jehovah Witness church and some houses sit there today. (See another photo and more history about ‘the Valley’ below. Also of interest: Shorty Fincher, Elvis, Three Stooges shared Hellam Township stage and On the happy trails of Shorty, the Prairie Pals and Raw Hide, York County, Pa., entertainment icons.

The Stewartstown Historical Society invites the public to attend a program on one of York County’s – and America’s – most infamous murders and subsequent trials at 7 p.m. today.

It will be held in the fellowship hall at Stewartstown Presbyterian Church, 14 College Ave.

Attorney and author J. Ross McGinnis will discuss the 1928 murder of Nelson Rehmeyer by a vagabond and two accomplices, what is known today as the hex murder; the belief in witchcraft that caused it; and the three trials that followed. His PowerPoint presentation will include photographs. Also of interest: York County’s Hex murder: 5 more quick facts about the forever fascinating witchcraft case and Hex murder compared to O.J.’s, Anna Nicole Smith’s cases

Going viral: This photo of a World War II veteran casting his vote captured the hearts of Web reader.

A moveable map: The Electric Map is expected to move from storage in Gettysburg to its new home in Hanover today.

Forum of the day, I: Fitz Brothers are closing at the New Eastern Market, ending a tenure that started in 1955: . Will you miss the Fitz stand? Do you enjoy going to Eastern and other markets? Please comment below.

Forum of the day, II: If the Children’s Home was standing today, would it be a candidate for demolition? Have we learned to save our valued landmarks? Please comment below. Background: York’s orphans stayed in big home marked today by little-known plaque. 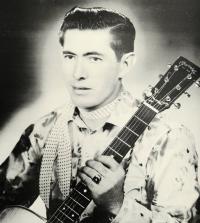 Otis McCall provided this photo of himself in his performing days, and ydr.com gave a brief history of ‘the Valley’: ‘It was around 1940 when Shorty Fincher, who was born in Mississippi and grew up in Alabama, began looking around York County for a place to call home. According to the preface from an early guide to Valley View Park, Fincher found that home for himself and his musical “Prairie Pals” on a small tract of land east of York. Fincher and his crew worked to clean out the area and soon after a stage was built. Valley View Park was born. The Prairie Pals consisted of Fincher; his wife, Sally; fiddle player Clyde Fogle, comedian “Rawhide” and Rosalie the yodeler, according to the guidebook. ‘In fourteen years of travel I’ve seen a lot of parks,’ Fincher wrote, circa 1940, ‘and I still say Valley View is the best of the lot.’