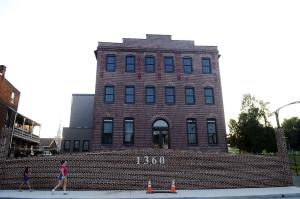 When your apartment building is almost sitting on top of Interstate 83, you should be able to lease out your lofts. That’s one reason why one can predict success for owners of the former D&D Sewing factory. So what is the history of this former industrial building, now home to luxury lofts? Doug Dallmeyer, whose family started its business in that building, told ydr.com: It is about 90 years old, started in 1923. in the 1950s, the company had grown to 10 factories and produced clothing for Land’s End and L.L. Bean. The company closed the North York location in 1923. Now, it is another red-brick building returned to usefulness as apartments, a growth industry around York city. (See interior photo below.) Also of interest: Linden Avenue interesting mix of residential, industrial.

I ran across this interesting website, cinematreasures.org, which tells about old movie theaters across the nation.

So I immediately went to the Glen Theatre in Glen Rock, the last operating indoor theater in York County outside York City limits.

“The Glen Theatre is one of those wonderfully understated places for a family to go to on a Friday or Saturday evening. A little worn around the edges, but the Glen still has a very beautiful procenium arch around the screen and old Box Seats on the sides. The Glen is open mostly on the weekends.”

Speaking of theaters: The headline on a recent Hanover Hanover Evening Sun story sums up the status of that old movie house: ‘Gathering of Friends’ in Hanover Saturday focused on fixing up Hanover State Theatre.

A record FB post: YDR sports editor Chris Otto noted that it’s been a year since a video of a school bus plowing through flood waters appeared on the YDR’s Facebook page. It brought record engagement, as Chris explains in this YDR Insider post: The crazy bus driver goes viral on Facebook.

It’s not a record: But some viewer of this blog, yorktownsquare.com, just called up the 250,000th page so far this year. Thanks for all the faithful viewers, who have  seen circa 2 million pages since this blog went up in 2005.

Another Bury’s burger memory: So in munching two Bury’s burgers at the York Fair over the weekend, I noticed one or both left a memory on my white York Daily Record shirt. Three red sauce-colored spots right near the YDR log. I went to a restroom to attempt to sponge off the stain because I had to work the YDR’s NewsVroom booth. But I did so for a sec and stopped, realizing that those stains were a mark of sorts. I had just enjoyed my favorite food at the York Fair. Those stains were a badge to be proud of marking that occasion, not to sponge away. 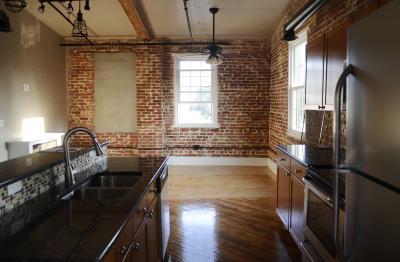