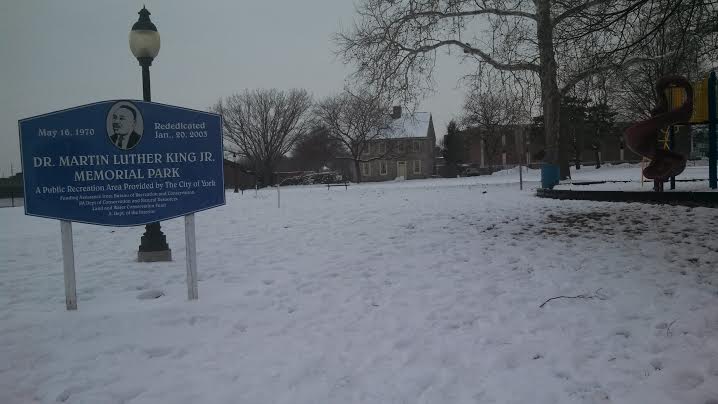 Coffee soup was on the menu for breakfast at homes on York, Pa.’s, Codorus Street 60 years ago. Former residents told of their fare of coffee soup at a recent panel discussing life in this west end street. That street, courtesy of eminent domain, is now Martin Luther King Jr. park. Also of interest: YorkEats – Check out these stories and photos about eating in York County, Pa.

Two York County culinary traditions came together in the past month.

Also called wet toast, you just put bread in a bowl and poured coffee over it. 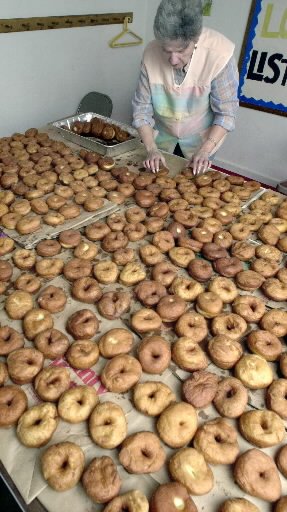 Fastnachts under construction at Pleasureville United Methodist Church some years ago.

Tammy Strausbaugh Wilfong did not address her family’s recipe in commenting about coffee soup on the York Daily Record’s Facebook page. But she remembers this staple of breakfast.

“I loved coffee soup as a kid,” she commented on FB. “That was probably one of the reasons I always had the shakes…lol!”

Back to Codorus Street, in York’s west end. The neighborhood’s kitchens produced memorably delicious fare, according to panelists. But among some in this tight-knit working-class neighborhood, it was simply bread inundated with coffee for breakfast.

Then, just this week, many York countians observed Fastnacht Day by eating the yeast-raised, deep-fried pastry, originally made with potatoes. Today, a Fastnacht is akin to a heavy doughnut. In its day, it was a way largely in Pennsylvania Dutch households of using up lard, sugar and fat in preparation for Lent.

So we have two longtime York County dishes.

Both tend to be consumed early in the day.

But coffee soup was sometimes served out of necessity because of scarcity of other food. Fastnachts arrived at a time of self-imposed scarcity, originally coming from the fryer before the arrival of Lent.

Sometimes, both dishes were in York County homes.

Bea Moffitt commented on the YDR’s Facebook page that she was raised on both: She ate Fastnachts on their special day and was raised on coffee soup throughout the year.

Coffee soup is largely forgotten. Many folks – including some of the Codorus Streeters – would prefer to forget it. It represents a time when that was all many York County families could place on the breakfast table.

As for Fastnachts, we eat them not from necessity to use up delicacies with thoughts toward Lent. We consume them because of tradition.

Those who do bite into them are careful not to overeat, even though we’re affluent enough to buy and put down several in one setting.

Today, in our health-conscious world, we are watching our calorie intake, and few things signal calories more than those dense, doughy blobs.

So today, both coffee soup and Fastnachts are seen on fewer breakfast menus around here.

But both tell a story of change in York County.