Civil War in York County, by the numbers

York’s Patriot Days this weekend might raise the question for some about what actually happened in York County in those days before the Battle of Gettysburg in 1863.
The following is a quick overview, taken from ‘East of Gettysburg’ :

As part of Confederate Gen. Robert E. Lee’s Pennsylvania campaign in 1863, a division of more than 6,000 men overran largely undefended York County on their way to the Susquehanna River bridge at Wrightsville.
A team of York’s business and government leaders sought out the invaders near Thomasville on Saturday, June 27, and surrendered the town. The rebels entered York the next morning and occupied it for two days, extorting goods and money from residents.
A brigade marched to Wrightsville, but Union forces torched the bridge to stop the rebels on the river’s west bank.
On June 30 — the day before the Battle of Gettysburg — Lee recalled the division because of a fight was brewing in Adams County.
Did you know?
Occupation, York County
— In York, population of 8,600, more than 6,000 Confederates occupied the town. York’s population was comparable to that of present-day Hallam and Wrightsville boroughs and Hellam Township combined.
— More than 14,000 soldiers were treated at a hospital at York’s Penn Park; only about 200 died. Hundreds of soldiers wounded in the Battle of Gettysburg were treated in York, including some rebel wounded.
— Of the 13,000 eligible soldiers in York County, about 6,200 served.
— In the war’s early months, tens of thousands of soldiers bivouacked and drilled at York Fairgrounds, then at the southeast corner of King and Queen streets. The county served as a transportation hub for moving troops and supplies to points south.
— The number of horses stolen or paid for in nearly worthless Confederate money totaled in the thousands. The Confederate invasion, touching practically all parts of York County except the southeastern corner, drained horseflesh and interrupted a critical harvest.
— The Civil War catalyzed great change in the county. The war drove previously isolated county soldiers to places they would never have otherwise visited, brought outsiders (including deserters) into this area and primed the county for the Industrial Revolution.
— Despite a community at odds about its surrender to the Confederates, post-Civil War York County experienced growth in human services institutions — the York Collegiate Institute (forerunner to York College), York Benevolent Association, York Hospital, Children’s Home of York.
Street fighting, Hanover, June 30
— At least 7,500 blue and gray horsemen clashed in Hanover on June 30.
— These horsemen, if stretched end to end in single column, would have extended for 15 miles.
— On the night of June 30, Gen. Jeb Stuart’s rebel column stretched from York New Salem to Dover.
— But for this battle Jeb Stuart probably would have connected with rebel commander Robert E. Lee on June 30, instead of July 2. Stuart would have provided treasured information about blue troop movement so Lee would have been better prepared for the fight at Gettysburg.
— Stuart was in or about Dover when the Battle of Gettysburg started.
— Casualty figures — dead, wounded and missing — in the Battle of Hanover totaled: More than 200, Union; more than 100, Confederate.
Farthest east, Wrightsville, June 28
— When the Confederates bombarded Wrightsville, at least two Yankee soldiers were killed including a black militiaman in the trenches.
— The 40-foot-wide by 1¼-mile long covered Susquehanna River bridge ignited by Union troops to stop the Confederate advance might have been the largest fire in county history. The blaze could be seen as far away as Dillsburg.
— The Yankee army’s initial orders to save the Wrightsville bridge, and the rebels’ mission was to destroy the structure. In actuality, these missions were reversed as the rebels approached Wrightsville.
— The burning bridge eliminated any possibility of the Confederates crossing and moving on Harrisburg from the rear. 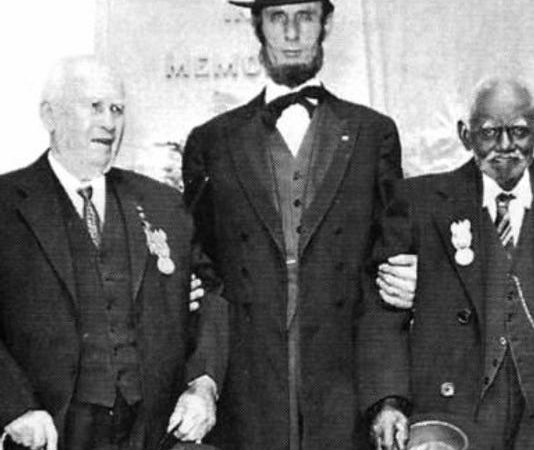