Gettysburg 150: The best route from York to Gettysburg? Take Route 234

Here’s the key to get to congested Gettysburg from points east. Avoid Route 30. Avoid Gettysburg’s square. Here’s your route, the route locals take to avoid the gridlock. Take Route 234, which runs parallel to Route 30 to the north. Pass through bucolic East Berlin, the scene above during cooler, calmer times. Take old Harrisburg road at Heidlersburg toward Gettysburg. Stay on that road until you get deep in Gettysburg, and then take side streets, depending on where you’re headed in that town. Again, avoid the square.On Friday,  I took Railroad Street and worked my way west on side streets to get to the York Daily Record/Hanover Evening Sun/Chambersburg Public Opinions satellite newsroom on Seminary Ridge. It took about 45 minutes each way from west Gettysburg to west York. Another advantage of Route 234, East Berlin and Heidlersburg: That’s the route Confederate Gen. Jubal Early took in marching to York from Gettysburg. And countermarching to Gettysburg. As you drive on 234, think about most of a Confederate division (John B. Gordon took present-day Route 30) marching back and forth on roads in that area over three-days before the great battle. Also of interest: Adams County’s tiny East Berlin preserved in mighty way

The grills atop piers across the Susquehanna River glowed Friday night, as the burning of the Columbia-Wrightsville Bridge was reenacted.

Wrightsville is justifiably proud of its role in the Civil War, the farthest east point reached by the Confederates. A couple of useful links about that town: There’s more right with Wrightsville than wrong … and Wrightville’s burning of the bridge diorama tells Civil War story. 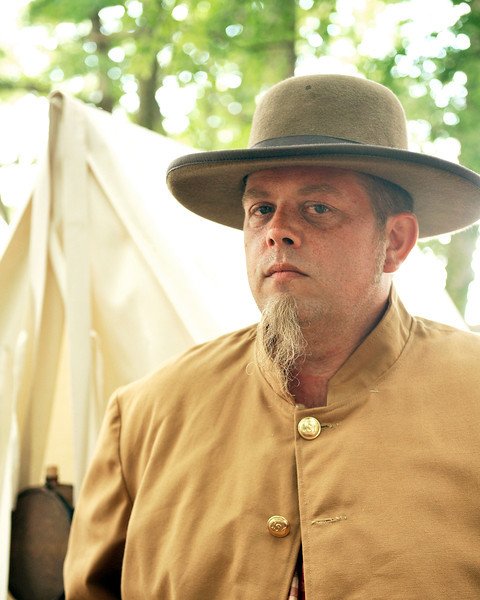 Check out these photos about re-enactors, facial hair and Gettysburg 150. 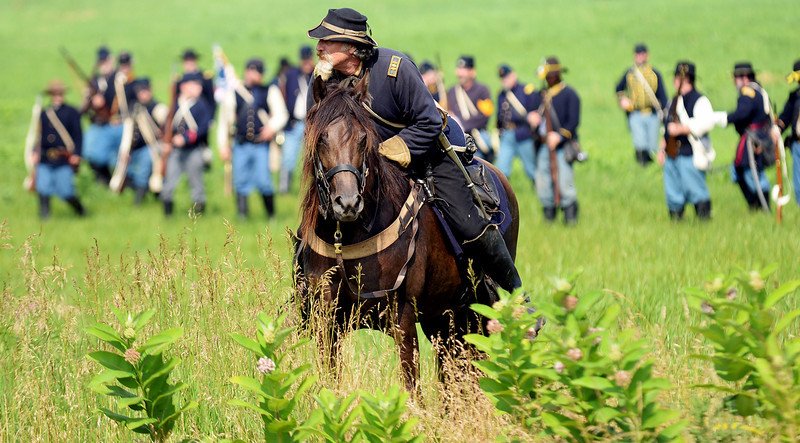 Yes, check out this video about the Civil War soldier. You’ remember this for ‘a while.’