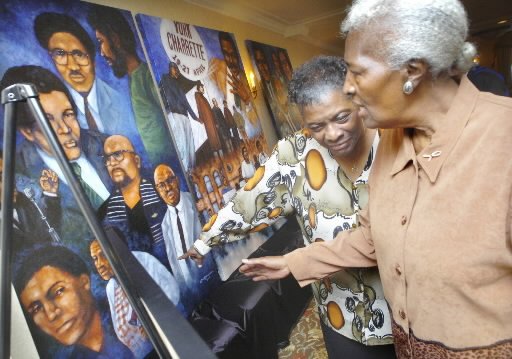 An unsung mural of York does not appear on the side of a building, as do the 18 panels in the Murals of York program.
“Civil Rights Heroes of York” is a three-panel, life-size mural that is often on display at events around town.
Through March 3, it’s part of Bradley Academy’s exhibit: “A Rich History of Black Artistry in York County.
I worked with Bradley Academy officials to identify art by black artists or depicting black people in York’s past.
The exhibit impressively brings together works from collections at Crispus Attucks Community Center, York City Human Relations Commission, York County Heritage Trust, private collections and current artists… .