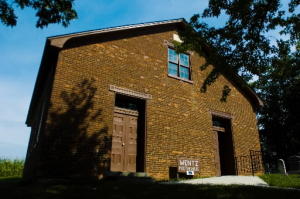 With a name like Wentz Meeting House, the  West Manheim Township church building might be confused as housing a Quaker congregation. But when you find out the southwestern York County church is also known as Mt. Zion United Brethren Church, you know its families were German rather than the English Quakers. (See additional photo below.) The Civil War-era church is celebrating an anniversary this month, as this Hanover Evening Sun story relates: Wentz Meeting House to celebrate 150 years. (See interior photo below). Also of interest: Mining a rich vein of southwestern York County’s religious history.

Arthur Wagenknecht of York was a member of the 56th Armored Infantry Battalion in World War II.

He keeps in touch with his 56th buddies, and  some of that correspondence ended up recently in the 12th Amored Division Association’s “Hellcat News.” …

Art sent in my blog post on York resident Jacque Meeker’s meeting with York native Jacob Loucks Devers and the newsletter printed it. Meeker observed Devers order the evacuation of wounded Allied fighting men from a field hospital to a Paris military hospital. The march of fighting men to Germany was temporarily delayed from crossing a pontoon  bridge until the wounded were moved.

He emailed in counsel to others about what you do if you have a heart attack when alone.  (A combination of deep breaths and repeated deep coughing.)

And a stab at levity from the Normandie Ridge Retirement Community resident: “If at first you don’t succeed, skydiving is not for you.”

Forum of the day: Exchangers are responded to the question: Where were you on Sept. 11, 2001? 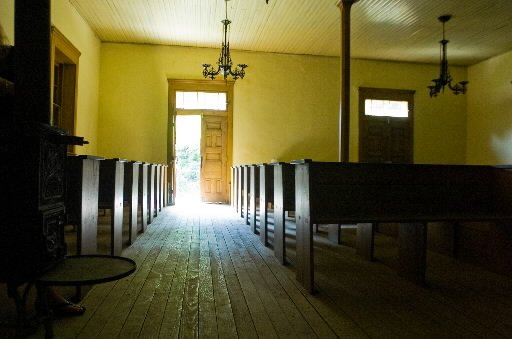 The interior of the historic Wentz Meeting House.