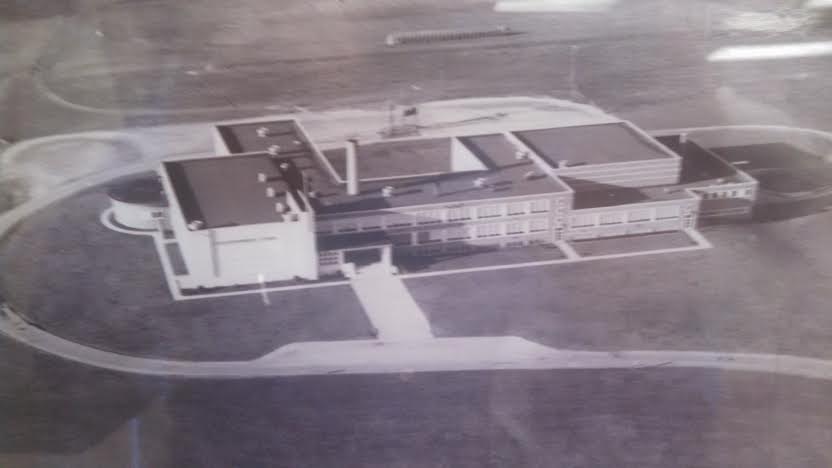 This aerial view shows Susquehannock High School in its early years. The high school came as part of the consolidations of York County and other Pennsylvania schools in the 1950s. Interestingly, York-based Buchart-Horn/BASCO Associaties (as it’s known today) designed this school and many others around its home county. In company history ‘Breaking Ground,’ Georg Sheets’ list of B-H high school buildings includes: York Suburban, Central, Spring Grove, Eastern, Northeastern and Red Lion. Susquehannock’s grounds are instructive. Fissel’s, a one-room school put out of business by consolidation, was left standing near the state-of-the-art Susquehannock High School. So there’s an intriguing generational contrast. This aerial photo hangs in the Glen Rock Historic Preservation Society’s museum. Students from the old Glen Rock school attended Susquehannock. Also of interest: Here’s a photo of a the old Fissel’s one-room school and the spanking new Susquehannock High School and See this slew of aerial scenes from around York County and Duke and Randy Edsall, Susquehannock grads, make national sports news.

Buchart-Horn had its start in Yoe.

So did Wayne L. Sawicki, who included the following memories in the commenting area of this YorkTownSquare.com story:

“I was born and raised in Yoe. I joined the Air Force in 1962 and when discharged moved back to my parents house at 246 S. Main St. A number of my relatives are buried in Yoe Cemetery. I vist the grave sites of my parents, grand parents, great grand parents and Uncle and Aunt when I come back once a year to see my Brother and Sister’s. I have very fond memories of growing up there. Every time I visit Yoe, it brings tears to my eyes. I now live in Kansas but did not forget my childhood roots. Like the Montgomery Gentry song, That was my Town. When I die, I will be coming home to Yoe for good.”

Check out this bit of controversy about where the name “Yoe” came from. 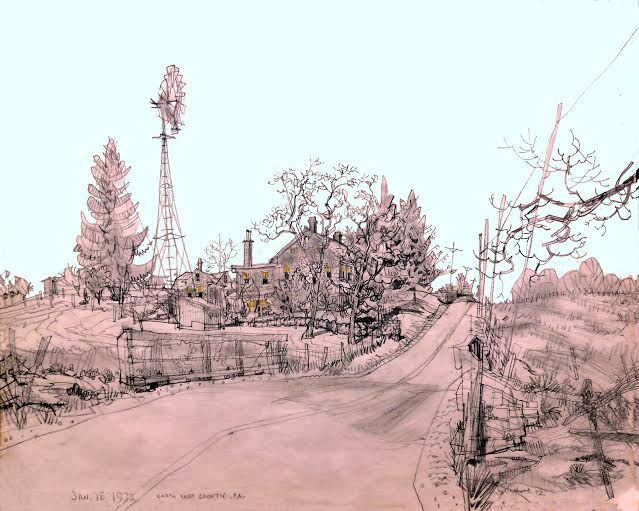 Between Gettysburg and Chambersburg: York isn’t included but characters on another stretch of Route 30 are in the newest movie about the old Lincoln Highway:  “Route 30 Three!”

History mystery: Click on the goo.gl link to find the answer is you’re stumped.