Christ Lutheran is oldest York church – but how old? 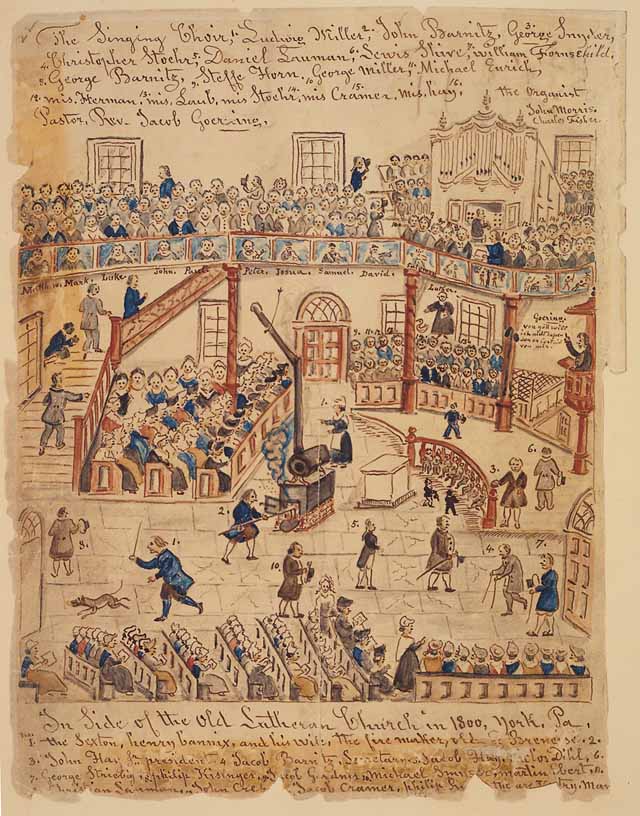 Charles H. Glatfelter, retired Gettysburg College professor, addressed varying views on the founding date in his book: “York County Lutherans.”
Some baptisms took place in 1733 by a visited pastor, John Casper Stoever.
But Glatfelter wrote that it is clear after carefully sifting the evidence that an organized congregation did not exist until perhaps as late as 1741. (See more at: York County research topic: 18th-century helicopter could have aided pastor)
Still, dating to 1741, the founding date of York, is pretty old and vies with Hanover’s St. Matthew’s as the oldest of that denomination in the county.
And Glatfelter also points out that for a century, Christ Lutheran was the only church of that denomination in York. (To understand how the second church came about, see 1800s German-English worship debate erupted in York churches.
Its pastors also served congregations planted around York, and they were prominent in regional denominational leadership.
And it was a type of mother church in town, the largest congregation of any church in York.
And now its steeple has been rebuilt to continue contributing to the York skyline for decades to come.