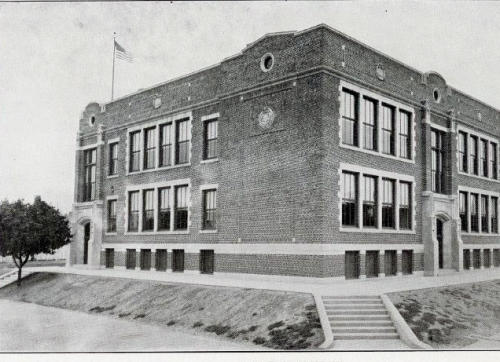 Brand new Jackson School, still being put to good use today in York, Pa., is seen in this photo from the “York Public School Report” for 1913-1914.  Gordon Freiriech found this photograph to run with his York Sunday News column observing the 100th anniversary of the school. The Madison Avenue School also opened that year. Among other neat descriptions of the school, Gordon noted that it was built on a rise, providing a short sloping hill. ‘Although I did not attend Jackson,’ he wrote,  ‘ … that hill was used for sledding in the winter and rolling down in the grassy incline spring and summer. That slope is now macadam.’  The school remains an integral part of hits neighborhood a century after its doors open. Also of interest: Should William Penn High School be called York High?

+++
More about this Gettysburg story: 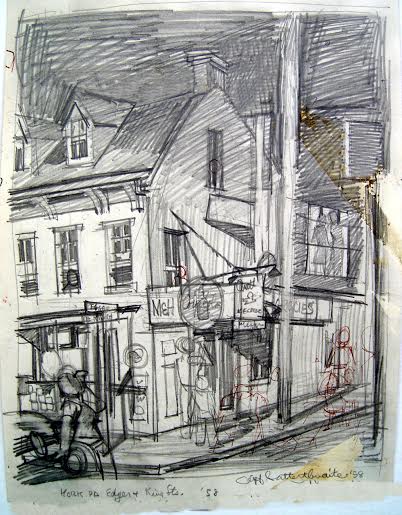 Cliff Satterthwaite provided us with us with insight into his work. Here is his original pencil drawing … 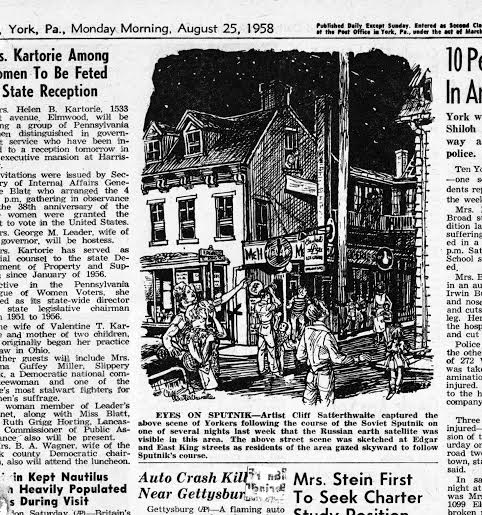 … with the resulting Sputnik newspaper drawing from 1958 … . A rocket, sent into space from Virginia, will be visible in mid-Atlantic skies tonight.