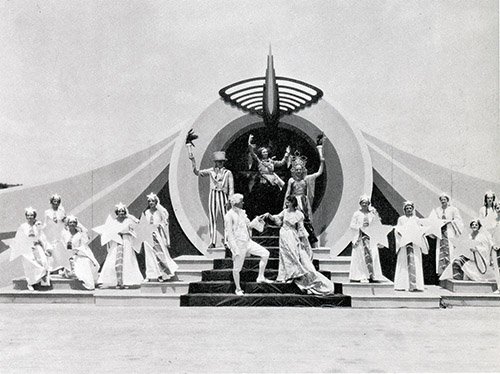 This mega York County, Pa., celebration came in 1927, the 150th anniversary of the adoption of the Articles of Confederation. The celebration looked back to the days when Continental Congress met in York, including adoption of America’s first framework of government. It also included a pageant, seen here, and the posting of large paintings of patriots around York’s square. See: York enjoys its anniversaries, Part II. Also of interest: 275th anniversary celebration of York, Pa.’s founding isn’t a sexy number but may be effective.

In her recent State of the City address, York’s Mayor Kim Bracey pointed to the commencement of planning for a celebration in 2016 marking the 275th anniversary of the founding of York.

In so doing, she is keeping alive a long tradition of such celebrations tied to city or county founding dates or anniversaries of major events that took place within York County’s borders.

Here is a sampling – far from an exhaustive list – of such events:

1887 – This observance marked the incorporation of York as a borough in 1787 and its establishment as a city in the year of the celebration. It featured arches around Centre Square that set the stage for the next big celebration.

1927 – This event, looking back to the adoption of the Articles of Confederation 150 years before, underscored York’s appreciation for the events of the American Revolution that unfolded for nine months in 1777-78.

1976 – The major product of this 200th anniversary of the Declaration of Independence stands today – the York County Courthouse replica on West Market Street, next to the Codorus Creek. The original courthouse, where the Continental Congress met in 1777-78, stood in Centre Square, now Continental Square.

1988 – This anniversary marked the 125th anniversary of the Battle of Gettysburg and is noteworthy for its reenactment of the surrender of York at the hands of the Confederates before the battle. That event, conducted with a bit of humor, marked the start of discussions on whether the surrender was merited and discourse on York’s considerable role in the Civil War. In 1963, Wrightsville and Hanover observed the 100th anniversary of the battle. In York, no event was held.

1991 – This 250th anniversary of the founding of York produced two books and a flurry of memories of those days in 1741.

1999 – This was the largest modern York celebration marking the 250th anniversary of the founding of York County. Like the 1966 observance, it represented a bright moment before the race riot trials shortly after the turn of the century/millennium deeply disturbed the community.

2002 – This 225th anniversary of the Continental Congress’ visit and adoption of the Articles of Confederation took on an educational focus with the production of books, a video and other educational materials distributed in area schools.

2013 – The 150th anniversary of the Battle of Gettysburg showed a higher recognition from York officials of York’s role in the Civil War, with a speech from the mayor and an exhibit detailing local events at the York County Heritage Trust.

2016 – Kim Bracey, in her State of the City Address: “Next year marks the 275th Anniversary of York. In the coming months, I will charge a task force made up of professionals in history, cultural heritage tourism and event planning to plan tributes that honor our historic city. Next year also marks the 100th anniversary of Penn Park, whose 15 acres served as a Revolutionary War encampment and then as a Civil War hospital. Upgrading our oldest and most famous park, Bring on Play and community volunteers completed the Youth Play Garden, which boasts our City’s highest sliding board! The Spray Garden and Splash Pad will be completed this spring.” 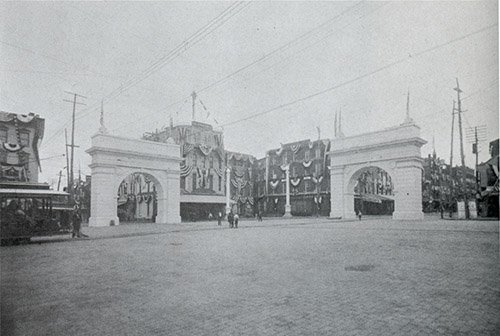