Can you locate the 8 mini golf courses operating in York County, Pa.? 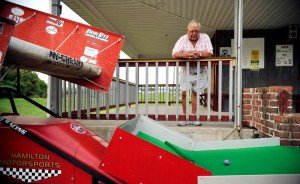 Miniature golfing has been around York County, Pa., for decades. How many putt-putt courses still operate around the county? According to ydr.com’s Media Center gallery, the county has eight such golf courses. Can you name them? (Here’s a list, courtesy of the York, Pa., Daily Record’s Chris Dunn.) This one operates in Lewisberry – Frosty Putter – and has some has some history to it. Owner Donald Reeser has a sprint car marking the final hole.  Ydr.com’s Media Center, in profiling these putt-putt golf courses, states: ‘ The car, which replaced an Amish buggy that rotted over the years, was “one of the best sprint cars in Pennsylvania… ” ‘ Check out the mini-golf gallery on the Media Center. Also of interest: Mini golf in the city? This putt-putt course had a roof and E-mailer’s query: When did miniature golf come to York, Pa.?

Brian Goodman passed on some of his writing that will interest readers. The topic always does. The Hex Murder of 1928.

Brian is still fascinated by the Hex Murder. If you want to trade information, contact Brian.

Vintage cars: And this is just interesting. A car dealer in the middle of nowhere stashed never-before-driven cars around a small town in Nebraska. Now his collection is up for auction: Media Center’s classic cars.

A cemetery on the move? This small Shrewsbury-area cemetery is slated to be relocated. That doesn’t happen every day. 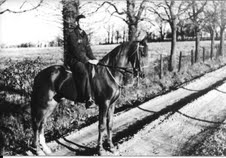 York County has had its lovers of horses forever. Here’s one of them. York countian Gary Heiland passed along this picture of Norma Jean Jones Heiland’s dad, Harry Raymond (Arch) Jones, astride his horse, Major. The photo was taken circa 1946. Harry, Gary’s fatherin law, had just been honorably discharged from the U.S. Marines.