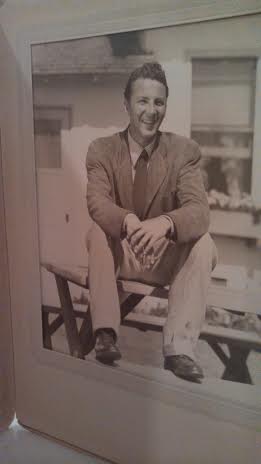 This photograph of Cameron Mitchell was part of the collection on display in a Glen Rock Historical Preservation Society-sponsored evening this week. York County resident Bryan Sellers, whose uncle managed some of the noted Hollywood actor’s affairs, presented about the York County native and brought the (see second photo below) collection for about 100 people attending to see. Mitchell is known today for his role as Uncle Buck on the 1960s TV western High Chaparral. Also of interest: Four photos give picture of Cameron Mitchell’s ties to York County.

A wonderful asset of doing history is that the enterprise can remind a community of things not yet done.

Bryan Sellers’ program about Cameron Mitchell brought forth two ideas: Recognize his boyhood home in Shrewsbury and honor the teacher, Helena (Harky) Hartenstein, who inspired him to go into acting with a scholarship.

The YDR story on the event stated:

“Sellers said Mitchell’s family would like to see a marker erected in his honor near his boyhood home in Shrewsbury. There is also talk of establishing an acting scholarship in Mitchell’s name.

“Sellers would also like to see a similar scholarship in Hartenstein’s memory as well, adding ‘she was instrumental in helping him. She motivated him. There were many people that she helped. She was a fantastic person and the help she gave many people is unbelievable.'”

So these two projects have surfaced in honor of the man who is arguably the most accomplished actor to come out of York County. Can the southern York County community deliver?

Check out the the full YDR story: Cameron Mitchell remembered by fans, historians in Glen Rock.

Members of the national Facebook page devoted to Cameron M. Mitchell (Uncle Buck) attended the event and delivered timely information on this talented and versatile actor. Perhaps these Facebook fans could help in fundraising for the historical marker and scholarship. 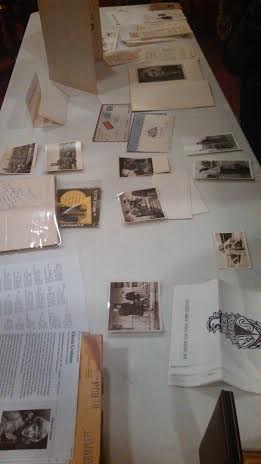 Artifacts relating to Cameron Mitchell’s life and times were on display at the presentation about the actor in Glen Rock. Mitchell, 1918-1994, starred in more than 90 Hollywood films. These YorkTownSquare stories and photos link up with Cameron Mitchell in full or in part.