Cameron Mitchell applause growing in York County: ‘Honestly, it seems like more could be done’ 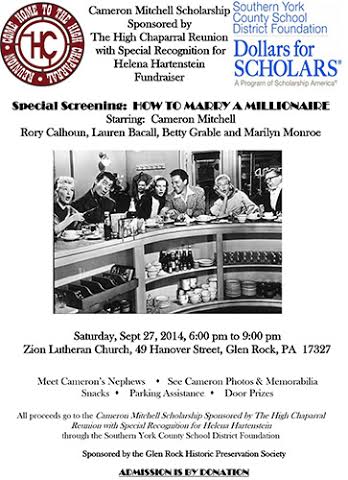 Grass-roots efforts to recognize York County native son Cameron Mitchell are gaining momentum in southern York County, where the acclaimed Hollywood actor grew up. A movie night, above, is planned to raise money for a scholarship in Mitchell name. And officials in Shrewsbury, Mitchell’s hometown, have named a street after him. ‘Honestly, it seems like more could be done — perhaps renaming the entire complex in honor of a celebrity who spent a lot of time in that park,’ the York Daily Record/Sunday News wrote in an editorial about the actor . ‘But at least this is a start.’ Also of interest: More about Cameron Mitchell: Famed actor’s family members served in Civil War and Four photos give picture of Hollywood star Cameron Mitchell’s ties to York County.

Other interesting stuff from all over … .
+++

Stephen H. Smith over at YorksPast tells about the fair that Joe Bury’s Famous Hamburgers sold 4 1/2 tons of hamburgers.

He quoted the following from The Gazette and Daily in 1939:

Joe Bury rightfully deserves the title of York’s hamburg king. A total of 44,750 hamburgers crossed the counter at his stand on the fair grounds last week. He disposed of 8,950 pounds of hamburg, almost four and a half tons, and 3,600 pounds more than was sold at the 1938 fair. 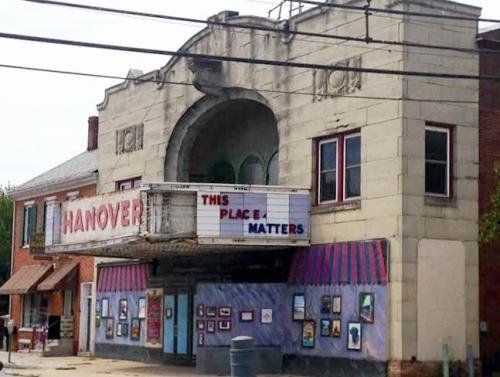 The Hanover Theatre was sold four years ago. It sits empty, as it was at the time of the sale, according to a story in the Evening Sun in Hanover.
+++ 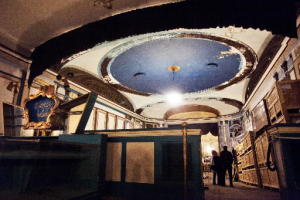 Preservation Pennsylvania put the old theater on its list of endangered sites, among many in the state.

Interesting site: The old York Prison on Chestnut Street is involved in an involved eminent domain process. So, I’m sharing an interesting site here, that includes information about the old lockup, with a rare photograph of the prison’s back side.
+++
History Mystery: You’ll like the before-and-after photos here. Just click on the “goo.gl” link: