Old Lincoln Highway pulled ‘Americans out of the mud’ 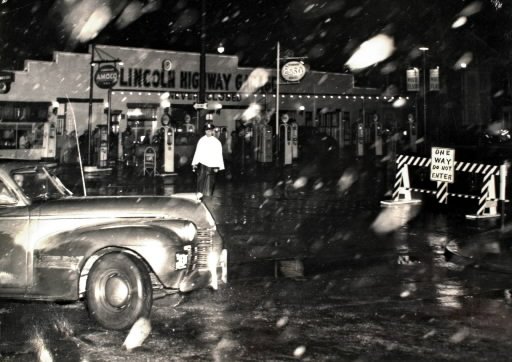 Lincoln Highway Garage, constructed in 1921 and seen in this circa 1950 photograph, was reportedly the first drive-in service station along the Lincoln Highway. It came down in 2004. A Turkey Hill with mural reflecting the garage’s history and architectural features was constructed on its foundation. The garage is gone but other points of interest from the old Lincoln Highway, now Route 462, remain in York and Adams counties.(Photograph courtesy York County Heritage Trust.) Background post: Lincoln Highway Communities: ‘I know I’ll be back’.

The Lincoln Highway remains a favorite topic to write about whether in blogs ( Change flattens Stony Brook’s drive-in, humpback bridge) or newspaper-columns-turned-blog-posts (June Lloyd’s Road of Remembrance).
A story appearing in the York Daily Record 10 years ago ties together a lot of points about the Lincoln Highway – the old coast-to-coast thoroughfare.
That includes the impact of the 1972 bypass, the propensity of business to take their name from the famous road and prominent sites along its right of way.
Enjoy this windshield tour: 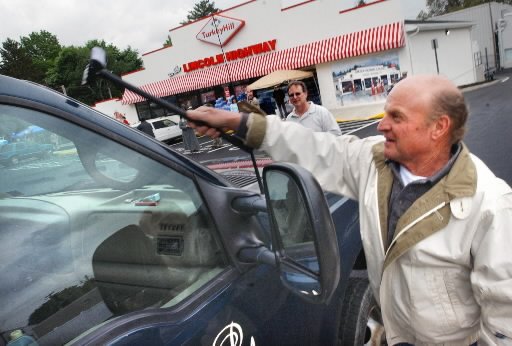 Lynn Haines cleans the windshield of a Villarreal A P Landscaping truck: ‘I have to take care of my old customers.’ The landscapers were regulars at Haines garage for years. Haines attended the 2005 grand opening of the Turkey Hill in York that replaced the former Lincoln Highway Garage.