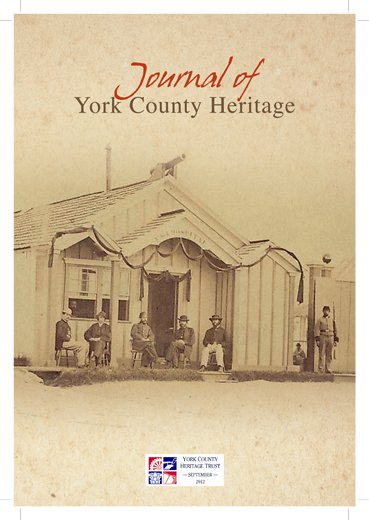 The cover of the upcoming ‘Journal of York County Heritage’ shows the U.S. Army General Hospital that operated for most of the Civil War in Penn Park. One of the scholarly articles in the journal, by Jean Hershner Brannan, focuses on the military hospital and its newspaper,The Cartridge Box. The journal contains a second Civil War-related article. Scott Mingus writes about damage claims filed by York County property owners in the aftermath of the Confederate Army’s raid through the county in 1863. The York County Heritage Trust will publish the journal in September. Also of interest: Recent books demonstrate York County has much history to explore, and researchers are digging into it.

Dan Meckley, a student of York County history, put forth an interesting point the other day in a conversation, which went something like this:

Dan: Several Confederate soldiers were treated at Washington Hall, the old IOOF hall at South George and King Streets after the Battle of Gettysburg. That was overflow from the military hospital at Penn Park where the Union wounded were treated.

Dan: Suppose they were under guard?

Me: Probably by invalided Union soldiers.

Dan: So they were prisoners of war. How many communities can boast of having POW camps for the American Revolutionary (Camp Security), World War II (Camp Stewartstown) and now the Civil War (the still-standing Washington Hall.)

Me: Never thought of that. Since you put it that way… .

The conversation points to a growing interest in the military hospital that operated from 1862 to 1865.

And an exhibit at the York County Heritage Trust that opened just last week – “Sawbones to Saviours: Civil War Medicine at Penn Common” – is the first such exhibit focusing on the hospital. A more expansive Civil War exhibit at the trust, opening next year in the 150th anniversary of the Battle of Gettysburg – will cover the military hospital and Civil War medicine.

In her journal article, she points out that the hospital was decidedly a military post, operating according to the rules of the Army. 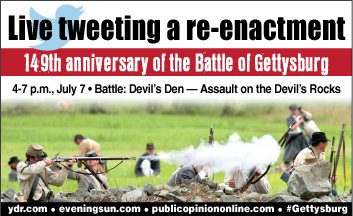 *For disclosure, I was chair of the ‘Journal of York County Heritage’s’ editing team.