In their day, these old York, Pa., lamp posts were works of art 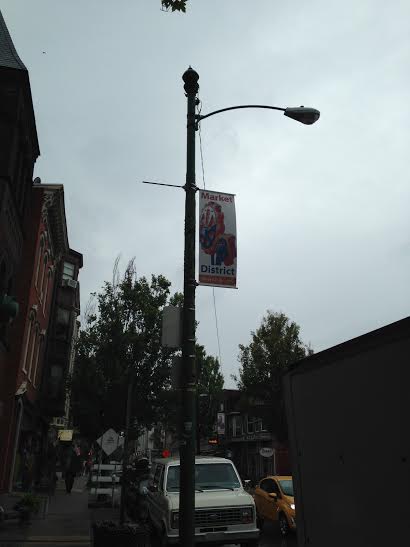 You see these old utility poles bearing new street lamps around town. You squint and realize that in their day, they were special. They still bear an element of their original craftsmanship, although this one outside Central Market on North Beaver Street is particularly weathered. A rehab of these old poles in would be worthy project for sprucing up the Market/Arts districts. Who wants rusty poles in a budding arts district? Terry Downs, a student of local architecture surmises that they could have been made locally, at Smyser-Royer Foundry. It was Terry who pointed to the presence of these artifacts of the past in a comment on Facebook, below, in which in spotted one of the old light standards in a 1942 York Hospital photo.  … .

York Hospital: Almost a teenager, but the street lamp steals the show

Seeing this in bucolic sense shows how York has grown up (or, old). What tho’ is interesting is the lamp post next to… 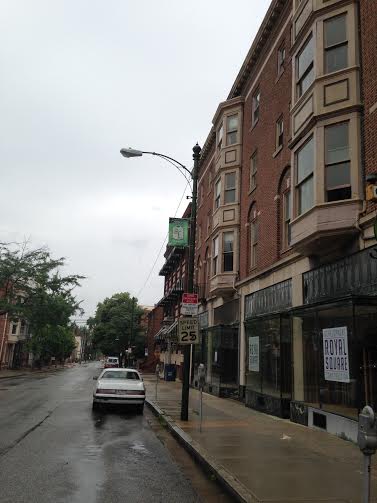 This old pole with a modern light and two others line North Duke Street near First Moravian Church. Could be a nice touch for Royal Square, going in next door, to rehab the poles. You might be able to make out a second pole in the distance. Looking for old artifacts such as these in York County’s landscape and York’s cityscape adds to your sense of discovery. Agree? 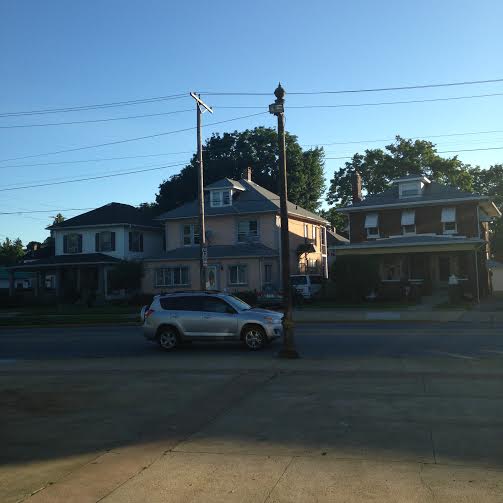