About buses and Bear’s in York, Pa.’s Continental Square

Linked in/Neat stuff, below: The ID of this building indeed is a mystery/More public art 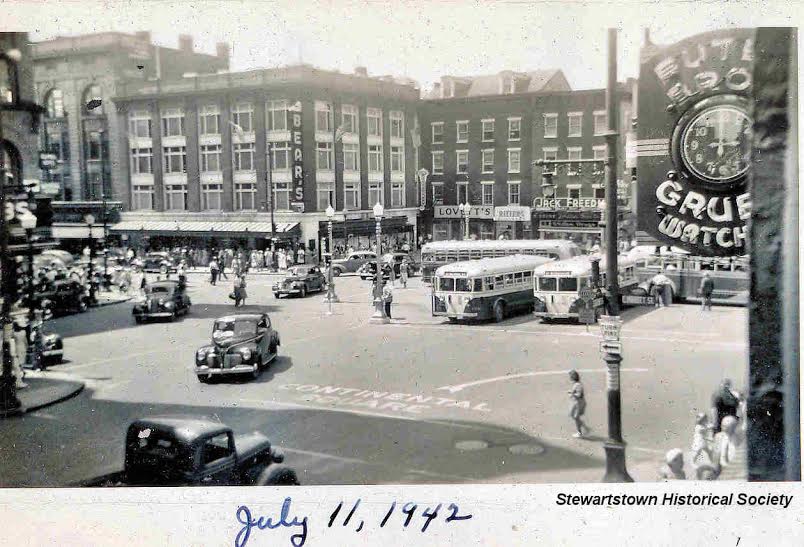 This post-street-car view shows York’s Continental Square and its stand of buses. Buses became king when the last street car made its run in 1939. Public transit would become more important as wartime rationing kicked in. And there’s Bear’s, standing on the square’s angle that has been in the news recently. An interesting website, operated by David Sullivan, profiles York’s department stores. Here’s an excerpt from that site about Bear’s: ‘Charles H. Bear opened for business  in 1888, and his location never changed from 1 W. Market St. Bear, a York native, had taken over the established business of Jordan & Bro. Sometime before 1909 the business passed into the hands of his children Charles Jr. and Jennie. After World War II it was being run by, presumably, the widow and daughters of Charles Bear Jr., Anna Bear, Nora Deardorff, and Charlotte Stock… .  In 1970 the surviving Bear heirs sold the store to the expansion-minded Zollinger-Harned Co. of Allentown, which closed seven years later after expanding into the Lehigh Valley as well.’ See an earlier version of this angle of Continental Square below. By the way, the buses are parking on the spot of importance in a previous war – the American Revolution. There, the York County Court House stood, serving as headquarters for the Continental Congress in 1777-78. Also of interest: York’s One Marketway West, or Bear’s Store, by either name, has long been key part Continental Square. 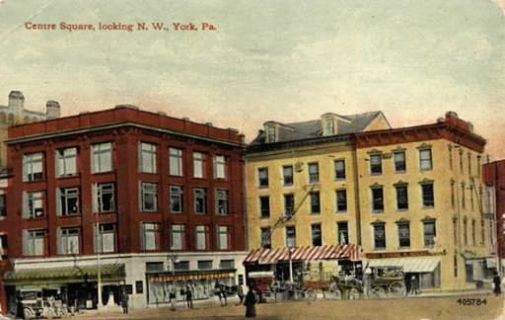 This undated postcard shows the Bear’s angle of Continental Square when the William C. Goodridge building was standing. The late 1840s building, owned by a former slave, was the tallest in York for a short period. Depending on how you count the skylights, it was 4, 4 1/2 or 5 stories. For more, check out:  ‘Skyscrapers’ have shaped York’s skyline since 1850.

Verna Sherrer is looking for information on relative Curtis Sipple, executed in Rockview State Prison in 1919.

“This has been a story that has had many twists and turns,” she wrote. “I started with a family story no one was sure of and it has grown to quite a tale.”

Here was her original email:

“In a post to your blog dated Nov. 8, 2012 you mentioned Curtis Sipple as the first and last person from York County to be executed at Rockview State Prison. I have recently found out that he was a great uncle. I am trying to get all the information on him that I can. Could possibly point me in a direction to get more information. I sent to the Pennsylvania Archives and got 44 pages of his testimony about his family, but could not afford to get the rest of the trial transcripts. His father, Perry Sipple left his family with Laura Benson, changed his name to John Lucas and started a new life when Curtis was a small child. Curtis had spent time with him and his new family through the years. I have lots of questions … but have hit numerous walls in trying.”

I suggested she contact John Stine at the Police Heritage Museum on West Market Street.

The county archives and the York County Heritage Trust archives might also have information on Curtis Sipple. 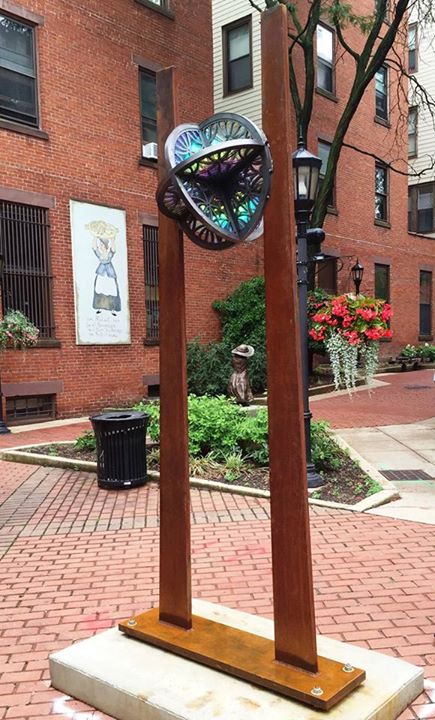 Public art is all around York’s downtown. Here’s the newest – a piece by local artist Gale Jamieson. It took her a year to complete this. More: Dientes de Leon. 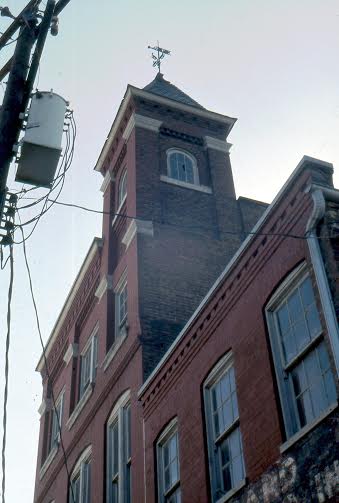 Cliff Satterthwaite emailed this interesting York, Pa., building, but he could not ID it or date it. Perhaps you could help. If you recognize this building, please comment below. More from Cliff  in the Satterthwaite category.