This York County town borrowed its name from its postmaster. And his name wasn’t even Jacobus

Linked in/Neat stuff, below: Ever hear of Myrtle Louise Stonesifer-King?/Year of Pa. barns 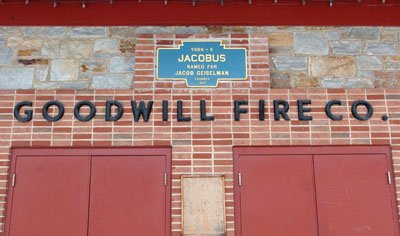 Jacobus, Pa., is York County’s newest incorporated town – a little known fact. The borough came about in 1929, when its name was changed from New Paradise. As the story goes, postmaster Jacob Geiselman came up with Jacob U.S. after mail mix ups with Paradise in Lancaster County. So Jacob U.S. became Jacobus. The borough is noteworthy for its growth, in part from the migration of folks from Maryland. Its population increased from about 1,200 to 1,800 from 2000 to 2010. Of course, people have moved through Jacobus for years. It was stop on the Joppa Road, the main route connecting York and Baltimore. Now Jacobus is the subject of a York Daily Record/Sunday News quiz: How well do you know Jacobus? Also of interest: How downtown Jacobus changed in the 1980s.

Other neat, unrelated stuff from all over (if photos don’t appear on your mobile device, click on date) … . 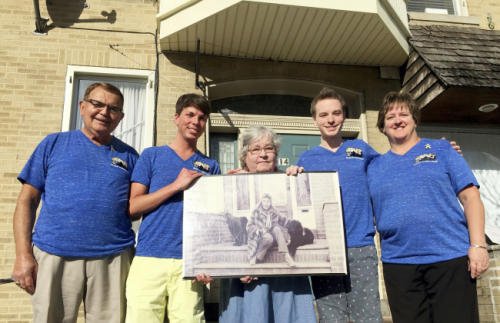 Ever hear of actress Myrtle Louise Stonesifer-King? She has been described as  avant-garde writer, playwright and musician who spent her early and later years in Littlestown, Adams County. She has her own star in front of her 14 S. Queen Street home in Littlestown. Now, members of The M.L.S. King Living Legacy Guild are seen in front of her former house. They’re looking to raise money via a nonprofit group to purchase the house. They’ll then turn it into a museum. All the information is on a M.L.S. King website. Here she is with Groucho Marx in which she mentions she’s from Littlestown. Also of interest: Cameron Mitchell, Craig Sheffer and Dixie Chick born here.

A little different: Do what you can with what you have … .

Meet the Lancaster artist who made a 39-panel mural out of prison bed sheets. http://t.co/3sMgZGFjTD pic.twitter.com/ie3rObycao

Did you know? Barns are the star of this year … .

History Mystery: The plaque tells about a stop by Abraham Lincoln in #YorkCountyPa. It was indeed a short pause on…

Posted by York Daily Record/Sunday News on Friday, May 8, 2015