Bricker’s Fries units are everywhere around York County, Pa. So, where did it sell its first order? 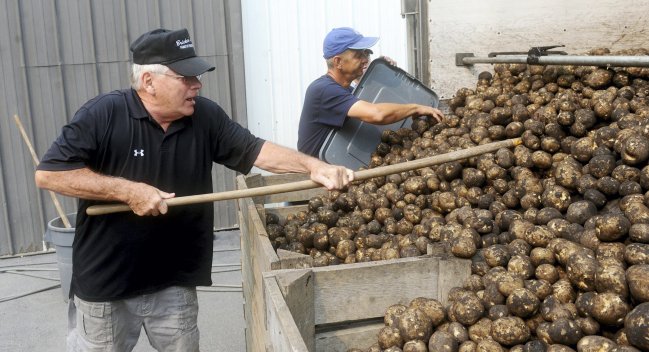 Bricker’s French Fries, that iconic and ubiquitous York County, Pa., vendor, started with one stand – a concession  at the Bud Bricker-owned Susquehanna Speedway in northern York County – back in 1965. Today, Don Bricker has grown the West Manchester Township business to include 30 units. The fact that they are everywhere and appreciated by hungry York countian earned them the “B” spot in a Only in York County survey of community icons. (Check out this neat poster of the winners). So Bricker’s was ahead of things, growing a food truck business before food trucks were the thing. Here, Don pulls potatoes off a truck, as profiled in this recent York Daily Record story: Bricker’s Famous French Fries: A fleet delivering ‘good, happy food’. Also of interest: York County full of memory-spawing landmarks.

Other unrelated, neat stuff from all over … . 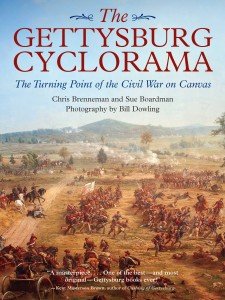 Authors Chris Brenneman, Sue Boardman and Bill Dowling have produced a book on that favorite attraction in Gettysburg, the Cyclorama. Savis Beatie is the publisher.  ‘Thousands of books and articles have been written about the Battle of Gettysburg. Almost every topic has been thoroughly scrutinized except one: Paul Philippoteaux’s massive cyclorama painting The Battle of Gettysburg, which depicts Pickett’s Charge, the final attack at Gettysburg. The Gettysburg Cyclorama: The Turning Point of the Civil War on Canvas is the first comprehensive study of this art masterpiece and historic artifact,’ the book’s website states.

This Boy Scout is prepared: And the Gettysburg public benefits

“It shows what we can get done as a country,” Andrew Adam said of his Eagle Scout project that came together thanks to dozens of local and national sponsors who pitched in money, ideas or support.

History Mystery: This is a beautiful and very walkable town in the region, with a welcoming coffee shop, plenty of…