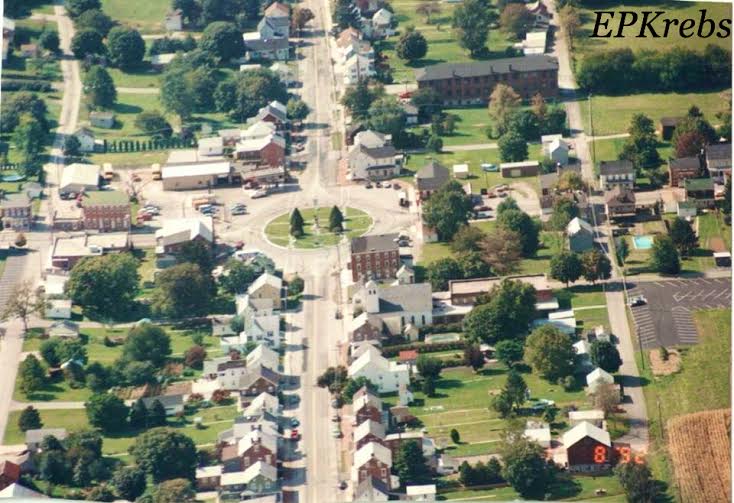 Some month ago, Eric Krebs provided us with an aerial look at Jefferson’s Square at Christmas. He’s come through again, with two daylight views of the neat green area in the middle of this southwestern York County borough. In this phot, his camera is pointed from east to west. Below, he captures the square at a lower elevation, or at least with a stronger lens. The square was in the news recently after a longtime exhibit there – a World War I cannon – was restored and remounted in this green area. Also of interest, a story about Jefferson’s square – Controversial mad hatter with colorful York County name tried to topple Old Hickory. 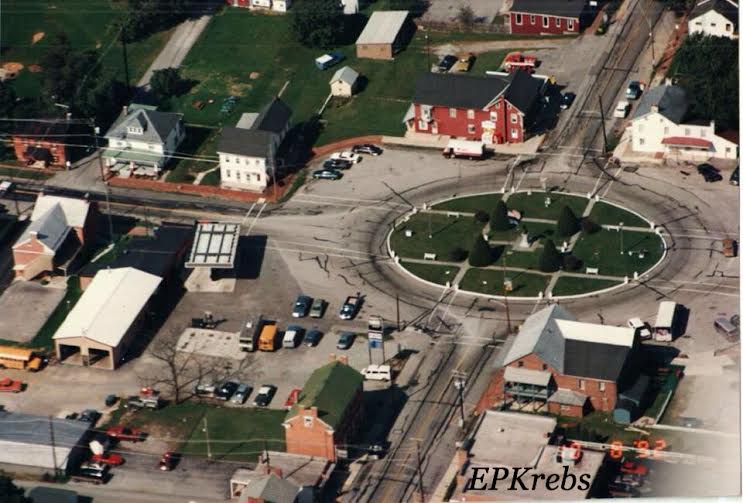 Eric Krebs dates these photos from October 1992. ‘ My coworker and I decided to go for a ride during our lunch hour that day,’ he wrote. That’s a lunch to remember. Check out this short history of Jefferson, named, as you might think, for Thomas Jefferson. Also: Check out more aerial views of York County, Pa. – about 50 of them.

+++
Made in York: A chance to see places that you can’t normally visit

Manufacturers open doors for “Made in America” factory tours this week http://t.co/v53RYyhRUW

+++ Dover home of luminaries: The other day, I heard a Dover or Dover Township native make a self-deprecating remark about Dover. I talked to him later about the number of national or regional figures coming out of that area. To remind him – and readers here – check this out: List of luminaries with Dover-area links lengthens with addition of George Leader. +++ History Mystery: Making new out of old – Prime indoor office space … .

History Mystery: Renovated and expansive office space is emerging around #YorkPa. This is an example, space now occupied…