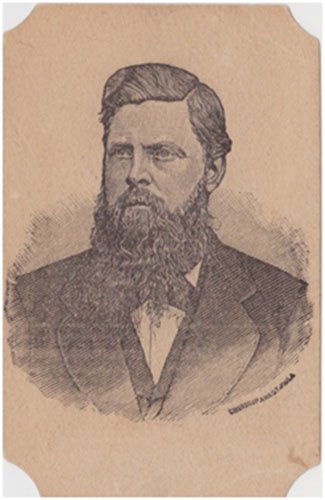 Before S. Morgan Smith was an industrialist – perhaps the leading industrialist in York County, Pa.’s, history – he was a pastor. And early in his call as a minister, he served as a military chaplain. He was mustered out of the military 150 years ago, and his biographers have set up a presentation to tell about how this minister came to serve in the military. Also of interest: S. Morgan Smith and P.H. Glatfelter head list of York County industrial movers and shakers.

How did North Carolina native Stephen Morgan Smith end up in the Union Army?

And how did Smith, an ordained minister with the pacifist Moravian church, gain the OK from his Protestant denomination to serve in the military?

Fellow Moravian pastor Steve Nicholas will answer these questions in a free presentation at 10 a.m.,  May 30, at First Moravian Church in York. Terry Downs, collaborator with Nicholas on an upcoming biography of S. Morgan Smith, will give a tour of the church’s  J. Horace Rudy-designed stained-glass windows after the presentation.

The presentation, titled “A Moravian Pastor in the Civil War,” marks the 150th anniversary of Smith’s service. Smith, known today around York as industrialist S. Morgan Smith, was mustered out as chaplain of the 200th Pa. Volunteer Regiment on May 30, 1865.

In a news release, Nicholas provided this bit of background about Smith:

“Following his service as pastor of First Moravian, the Rev. Smith was pastor at the Moravian Church in Dover, Ohio, 1866-1871. A chronic throat condition made it necessary for him to retire as a pastor and return to York, where he became a prominent inventor and industrialist, and founder of York Manufacturing Co. (now Johnson Controls) and the S. Morgan Smith Co. (now Voith Hydro).”  (Yorkblogger Stephen H. Smith counts 5 companies directly or indirectly tied to Smith’s industrial genius.)

Other unrelated interesting and important stuff from all over … .

His home base is the Harrisburg area, but this scholar has immensely influenced the study of York County history. His former and current students, including this blogger, are using the tools, knowledge, and inspiration gained from Dr. Simon J. Bronner and his American Studies classes at Penn State Harrisburg. This video gives you a sample of  Dr. Bronner’s prowess as a teacher. It might make you wonder, as it does his students: How can one man know so much? Here’s a sample of the work from another former Bronner student: June Lloyd. I should correct that. No student of Dr. Bronner’s is ever ‘former.’

Boxy anomalies?: Diggers at Camp Security, a Revolutionary War prisoner-of-war camp site, are going to probe these disturbances in the soil in another round archaeological work this summer. This story updates the dig: Camp Security.

History Mystery: No, this isn’t the late B.B. King, as some have guessed. But this Yorker is famous, too.

History Mystery: This performer with #YorkCountyPa ties has played on the national stage for decades and was inducted…

Posted by York Daily Record/Sunday News on Saturday, May 16, 2015