How do you move a gallows? York, Pa.’s relocating Police Heritage Museum will figure that out

York, Pa.’s Police Heritage Museum’s collections go beyond the many artifacts from its law enforcement past on public display. Here, John Stine, the go-to person with questions about that long police history, shows a photo of an officer in a museum storage room, one of about 2,000 such pictures not on display. The Heritage Museum’s collections, both exhibited and in storage, will have to be moved this year.That move would include a popular exhibit – a reconstructed gallows from the old York County Prison on Chestnut Street.  Royal Square has purchased the museum’s longtime West Market Street home. ‘The city has made us feel welcome here and we understand the importance of redevelopment,’ Stine told the York Daily Record/Sunday News. Also of interest: Check out this photo of a reconstructed 1800s jail cell at the Police Museum.

The York City Police force in 1973, one of the many displays at the Police Heritage Museum. One observer of the city scene, Terry Downs, suggested on his Facebook page that the Police Museum combine with the west end York Fire Museum to form a First Responders Museum. Also of interest: Those in uniform with York County links who die in line of duty should be remembered. 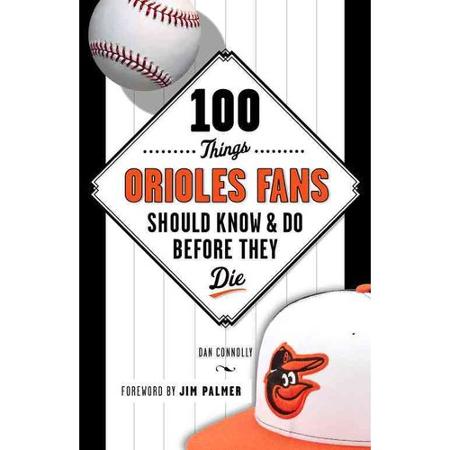 Fans of Dan Connolly and the O’s will have the opportunity to meet the sportswriter at 10:30 a.m. today at Hearts & Minds.
Connolly, a former York, Pa., Daily Record writer, wrote “100 Things Orioles Fans Should Know & Do Before They Die.” Connolly, a York County resident, is a writer for the Baltimore Sun.

Home plate: The marquis stands on a firmer foundation

York County Jeopardy: Charlie Stambaugh keeps turning out popular online games that will give you fodder for many a trivia night.

Here’s a sample from York Made:

Food for $40: “This famous frozen custard producer started in York in 1919.  In fact, some of the family still lives here. Answer: Kohr’s.

History Mystery: The York countian, right, has been a leader in his home county and a friend of U.S. presidents for…