Bottle-shaped cars – and the Wienermobile – have rolled on York County-area roads: Linked in to history, 2/12/13 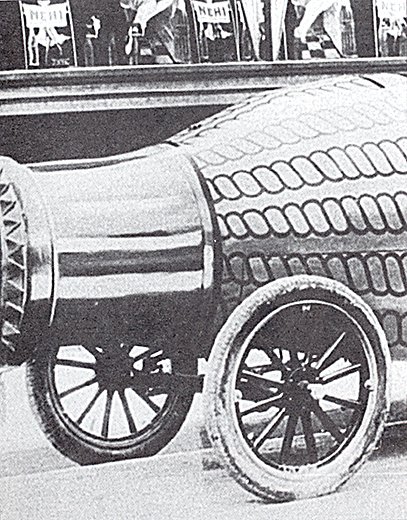 G.E. Plitt & Son held the Nehi beverage franchise in York County early in the 20th century. The bottler used two bottle-shaped cars for advertising – one shaped like a bottle of Nehi; the other Chero Cola. Residents of the region occasionally see another strange-shaped car rolling along its streets and will have another chance in Camp Hill and Harrisburg later this week – the Oscar Mayer Wienermobile. (See photograph and more details below.) Also of interest: Hart-Krafts of York, Pa.: ‘Most of the trucks were used and abused’ and This REO Speedwagon delivery truck is thought to have rolled through the streets of York, Pa.

Some people can’t let Fastnacht Day – which is today – go by without eating at least one: . Others? Well, they avoid because this rich pastry sits heavy on the stomach. Which camp are you in?

(Real fastnachts are different from donuts. To find out how, check out: York County fastnachts.)

Btw, I posted this over at Google+:

“Fastnachts, ugh, they can give you an immediate belly ache. Still, one of the YDR’s least fine moments came about 20 years ago when a reporter dropped one off the top of the Yorktowne Hotel. Not sure why we did this? It was one of those things that someone thought was funny but didn’t really turn out that way.”

Comments on Fastnachts are welcomed below.

Betsy’s memories: Always good to hear from Betsy Baird. A post that touched on York New Salem evoked these memories:
“I used to collect rocks (some are still in my house and in my brain — I MUST get rid of them!). Anyway York New Salem was a prime place for me and my friends. Someone said that there were streaks of real silver in the rocks. I knew there was silver pyrite, or fools silver. I also think there is pitchblend ore there, and know there were some very nice quarz crystals! We had to split the one double quartz crystal in half, or a civil war could have started with my one best friend. Dad was building the road between W. College Ave. and York New Salem. That opened the area to us for rock hunting. The one time we saw Dad sliding down the steep hill — no wonder his shoes got so worn out. There was enough iron around there, but not enough (mid-1950′s) to mine. I no longer collect.”

Betsy followed with another email about when she saw the Gazette and Daily press run at East King Street:

“When Charles Gitt was there, an Al Parks gave Mother and I a private tour of the Gazette & Daily… .That was in the afternoon, and the presses were not running yet, but I saw them! That was in the 1960’s.”

That press, btw, is still believed to be underground, buried there when the building was demolished in the 1970s. Not sure what was running in the afternoon. Maybe a special section or some other publication. The Gazette and Daily was decidedly a morning newspaper, as is its successor, the York Daily Record.

Mark your calendars: Scott Mingus and I will be speaking about the Civil War in York County at a May 4 event sponsored by Good News Jail & Prison Ministry, which operates at the York County Prison. For details, see: Gettysburg Remembrance. 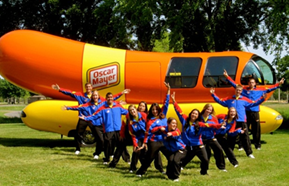 The Oscar Mayer Wienermobile will roll into Weis Market in Camp Hill and the Karns in Harrisburg on Thursday and Friday. The vehicle isn’t exactly a new model. It’s billed at 76-year-old years old, which means it was rolling around America at the time the Plitt bottle-shaped vehicles were drivng around York. Details, yes, this is correct: www.hotdoggerblog.com.