Remember the Mirrored Ball at York’s Bon-Ton? Know what became of it? 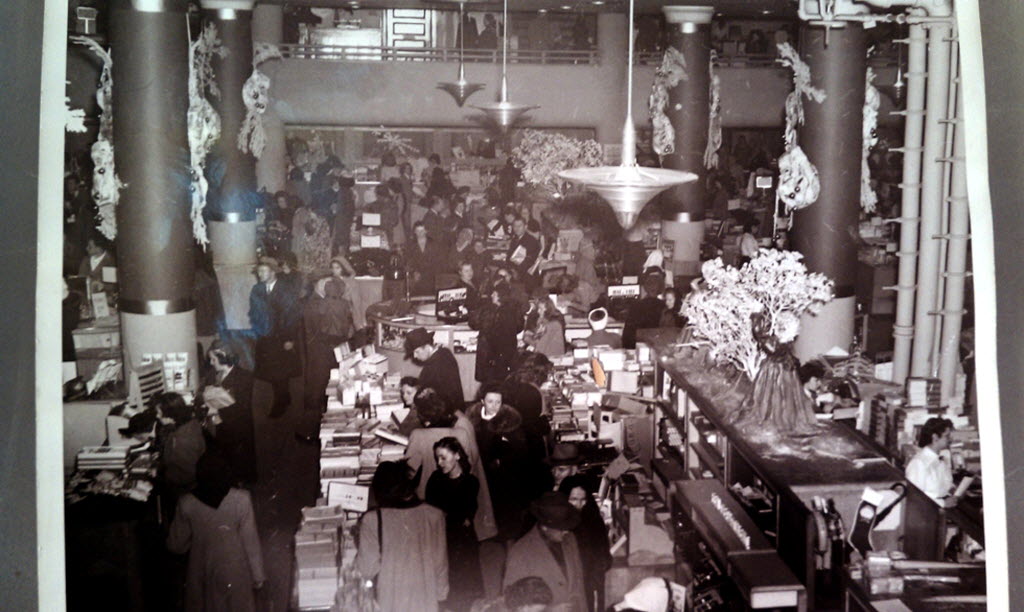 This was a typical scene in the heyday of the Bon-Ton on West Market Street in York, Pa. Such scenes – this one courtesy of the York County Heritage Trust –  spawn memories. ‘When we talk about Bear’s and Bon-Ton, we talk about places to eat and buy beautiful things,’ historian Georg R. Sheets said in 2010. Some might not think about eating and departments stores, but you do in York, Pa. (See more photos below). Also of interest: Santa’s Seat from the Bon-Ton still in use.

June Kester’s is one of many who remember pieces of The Bon-Ton and other department stores in downtown York.

“I was reading a post from someone who remembers The Downtown Bon Ton Department store Mirrored Ball. I was too young to remember that. But, I remember eating at the cafe upstairs… . I wish York still had the downtown store,” she wrote recently.

If you have any stories or photos of the Mirrored Ball, please contact June Kester. Wonder where that Mirrored Ball is today?

Meanwhile, we’ll share this list of Bon-Ton memories, which include the mirrored ball and the much-remembered Tea Room, that were part of a York Daily Record ‘Remember’ series in 2012. David Nicklow, retired former display shop manager at The Bon-Ton, supplied the list, compiled and submitted by Jennifer McGee:

2. Mr. and Mrs. Claus compiling the list of who was naughty or nice

3. The German Band — We made a spoof of this band.

4. Rudolph’s Barn and Stable — Background of the barn was made by various members of the Visual Shop to represent all the reindeer.

6. Santa Breakfast in the old Bon-Ton Tea Room and “Meet Me at the Bon-Ton” buttons

8. Santa float — Made by Visual Associates. The night before the parade, employees would meet at Edgecomb Steel around 6 p.m. They would use one of the Edgecomb trucks and drivers to make the float for the Santa Parade consisting of a sleigh, eight reindeer and Rudolph. Employees would usually work until around midnight.

9. Santa Parade — Santa would arrive at the York Airport. He would then transfer by fire truck to the parade holding area. It was not Christmas until Santa arrived at The Bon-Ton and (proceeded) to (ascend) the fire truck ladder to the third floor of the downtown Bon-Ton building. He would then make his way to the Santa Castle somewhere located inside The Bon-Ton. During that time, The Bon-Ton display windows would be open to the public for viewing. New mechanical figures were often used to make Christmas come to life.

10. When The Bon-Ton moved to the York Mall, the traditional mechanical figures were transferred to the mall conference room. The steps to the conference room were made to look like steps to a castle. The room itself was made to look like an enchanted forest with a swinging gnome and a walk-through Christmas Tree trunk. After passing through the tree, you were greeted by an animal forest consisting of bears, deer, rabbits, etc. Afterward, you would make your way into Santa’s Castle, where you could have your picture made. 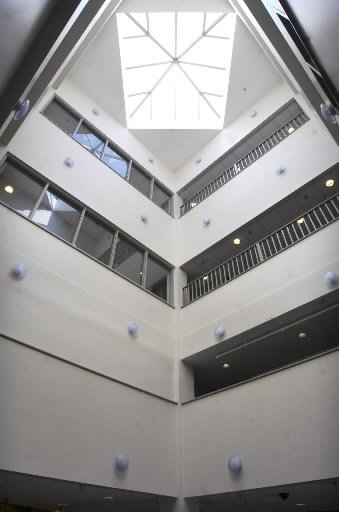 The Bon-Ton’s interior today. It’s now a York County office building. But one more memory, from Luke Mummert of Dover Township in the ‘Remember’ story (notice the food theme is here too): ‘I remember going downtown when I was a kid. All the good stores were in town — Bear’s, Wiest’s, Adler’s, Jack’s. I used to like to watch the window displays The Bon-Ton had with the moving Santa Claus and the reindeer. At Bear’s, I used to drive the delivery truck. I was very familiar with Bear’s Department Store. I remember the cafeteria downstairs and the big sugar cookies I had. At Bon-Ton, I used to get the escalator up to the second floor during the holiday season and get a cup of soup or a sandwich and watch the shoppers go in and out.’ 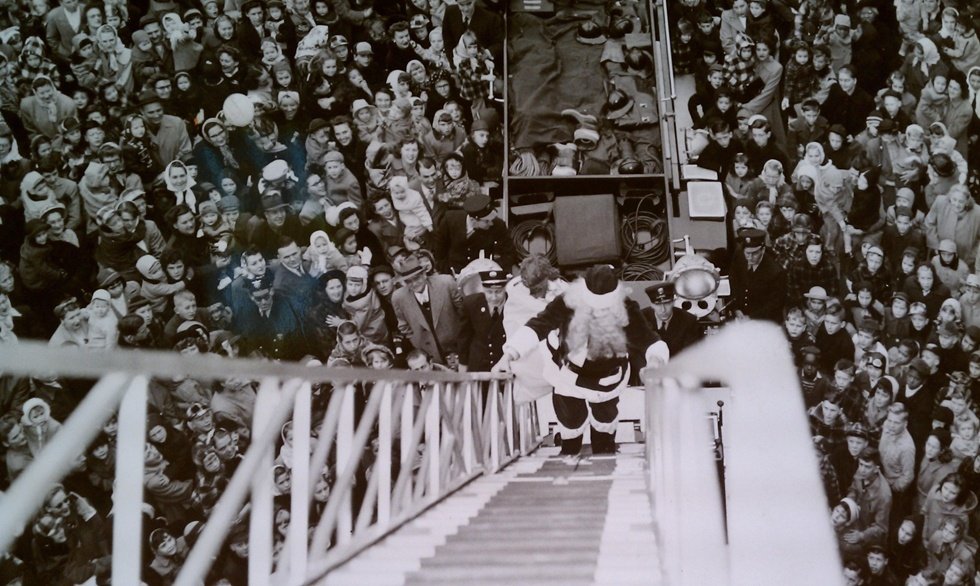 Of course, none of this could happen until Santa flew into York Airport, traveled to The Bon-Ton and ascended the ladder to an upper story window where he would be in great demand. (Photo courtesy, York County Heritage Trust.)

Another view: This picture captures York, Pa., – and Bon-Ton’s holiday shopping kickoff – at its zenith. Check out the memories here by clicking on comments. 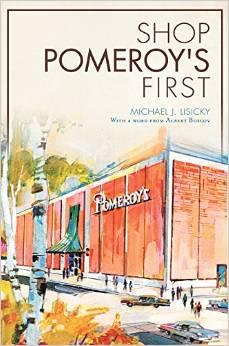 Baltimore’s Michael Lisicky wrote about his new book, ‘Shop Pomeroy’s First.’ The book tells about the department store chained that was acquired by Bon-Ton in 1987, the Bon-Ton’s first of many acquisitions. ‘ Growth came at a heavy price and (Bon-Ton CEO) Tim (Grumbacher) shares his personal family stores about the company,’ Lisicky wrote. Of interest, competitor Al Boscov wrote the introduction. ‘I am grateful that the Bon-Ton gave me access to its remaining files on Pomeroy’s. Pomeroy’s archival information is few and far between and I am grateful for this generous opportunity.’ Ordering info: ‘Shop Pomeroy’s First.’ Also of interest: Author pens book on long-gone Pomeroy’s department store chain