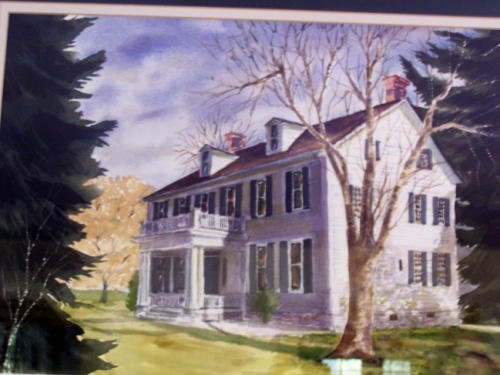 Another developer v. preservationist debate is playing out in (where else?) Springettsbury Township. Bloomingdale (seen here) and the Modernaire Motel are significant structures that could be demolished as part of the plans to build a shopping center at the Route 462/Mount Zion intersection. ‘The imposing Bloomingdale house is a juxtaposition of several styles, its footprint hearkens to times when estate houses like “Elmwood,” the Strickler Mansion and Vincent Keesey’s Italianate house at 1901 E. Market (both still standing) heralded the York to Wrightsville and Lancaster Turnpike,’ Robert S. Frey, Jr., Sally Cox Frey and Terry Downs wrote in a York, Pa., Daily Record guest column. So we have another case of developers saying their project means jobs and preservationists pointing to loss of quality of life. Township officials should – must – listen carefully to the preservationists’ points. These old places, indeed, matter. Also of interest: Springettsbury again focal point of preservationist-v.-developer debate.

Roof repairs planned: And here’s why the Golden Plough will receive between 2,700 and 3,100 German Side Lap bevel-style shingles   … . 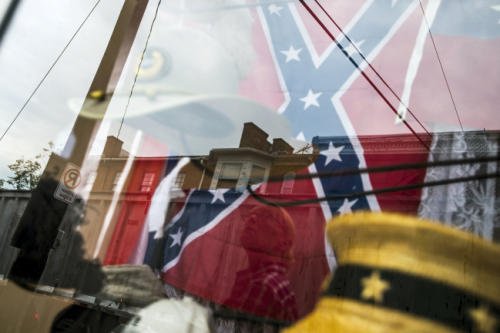 The presence of Confederate flags in Gettysburg is the heart of a debate in the aftermath of a deadly attack at a South Carolina Church. This story frames up that debate. And this story tell about how the Seminary Ridge museum is banning the flag.

If you’re visiting Gettysburg: Here are five new things to see, including, yes, Battlefield in a Box.

Mystery building: Do you recognize this factory? 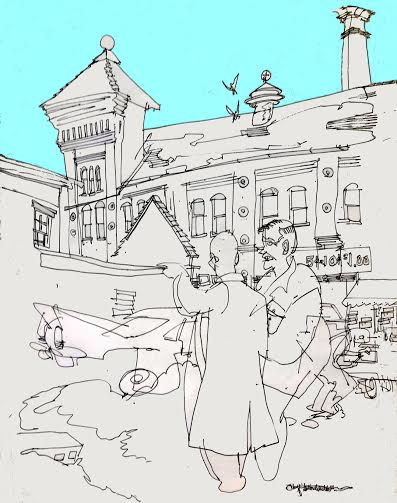 Artist Cliff Satterthwaite believes this scene is from decades ago on East Market Street, York. He believes that’s a textile company. One of the men in the image, he said, is a men’s suit marketer from Hong Kong. More from Cliff: Satterthwaite. If you recognize this building, please comment below.