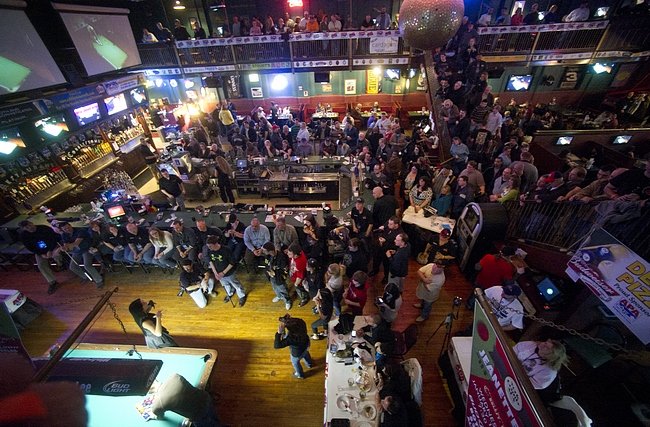 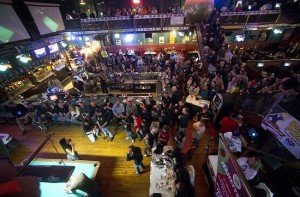 A packed crowd at Cobblestone’s watched Pro billiards player Jeanette Lee’s game as part of the American Poolplayers Association’s Black Widow Tour. The evening was hardly historical, but it gives us a chance to spotlight the interior of the old Alcazar Ballroom. For years, the South George Street venue served as a south side dance, band and entertainment venue to the Valencia Ballroom’s offering on North George Street. Both venues today remain open today as restored gathering sites. We can thank the Black Widow, formerly the world’s No.1 female billiards player, for giving York Daily Record/Sunday News photographer Kate Penn a reason to show us the old Alcazar’s inside. (See neat photo below of bands at Beaver Stadium below.) Also of interest: ‘The 1950s, 1960s: The greatest time to grow up in York, Pa.‘

The York Water Company is pounding in some historical stakes.

A news story in the York Daily Record/Sunday News states:

– It’s the oldest invester-owned utility in the nation.

– With the declaration of a recent quarterly dividend, the water company has paid dividends for 196 consecutive years starting in 1816.

– This is believed to be the longest record of consecutive dividends in America.

All this is a reminder that the water company has a 200th anniversary coming up.

“The operation was so named because the dealers lived in suburban neighborhoods, and many of them allegedly had been trafficking drugs in York County for the past decade, Springettsbury Lt. Daniel Stump said, as reported in the York Daily Record/Sunday News.

That prompted a newsroom discussion about the creativity shown by law enforcement officers.

A few years ago, officials borrowed the name of the famous timber saw in which lumberjacks tackled trees from two sides: “Operation Whipsaw.”

Made some of us wonder how much time police officials spend thinking up such names. But they certainly are memorable.

Forum of the day: The Treasure Hunter’s Road Show is in York today and Saturday. Exchangers are commenting. 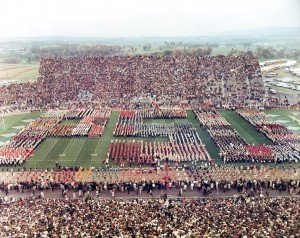