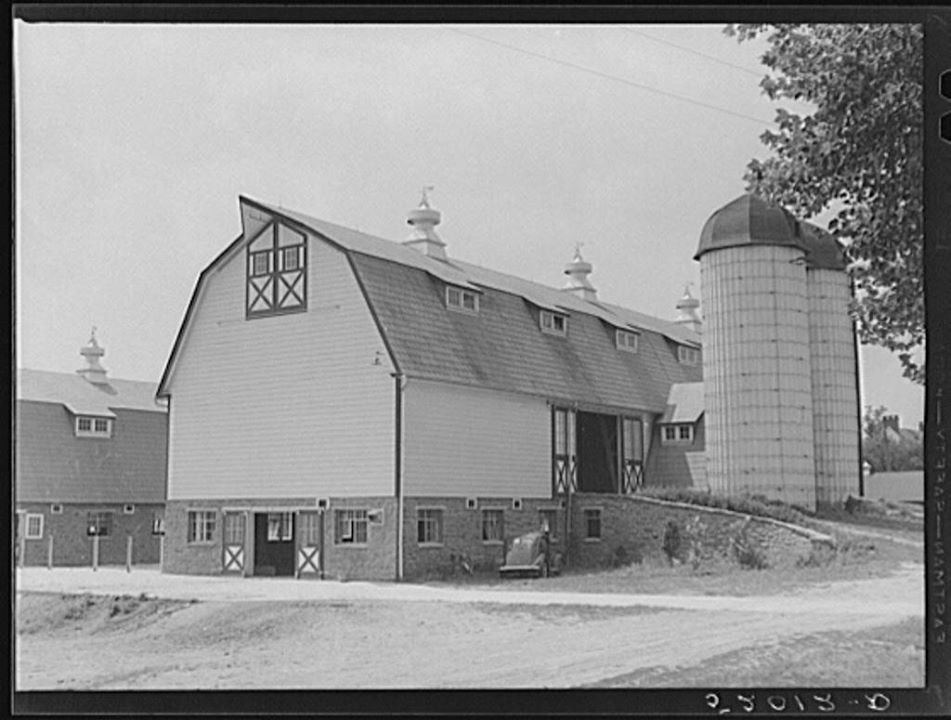 These barn photos are part of a recent picture release from Yale University of Library of Congress photos from the 1930s and 1940s. They were commissioned by the Farm Security Administration-Office of War Information. The photographs often lack detailed caption information, such as this one, which was labeled as a large dairy barn in York County, Pa. But this photo looks like Avalong barns in Springettsbury Township. So I asked Yorkblogger Stephen H. Smith and he asked Sharon Tapp, a family member of the longtime owner of the barn. Sharon replied: ‘They are indeed. The photo is taken from Whiteford Rd, east of the barns. The barn on the right is a bank barn that burned in the early 80s,  and other than the fact that it’s a bank barn, is the twin of the one torn down two years ago.’ Also of interest: This YorkTownSquare.com post explains the FSA/OWI photo program.

Sharon Tapp mentioned the demolition of one of the barns. You might remember the battle over preservation of the barn, that came down to make way for a bank. The barn was known to many as the former Pfaltzgraff pottery outlet store. For more on that demolition, see: Avalong barn demolition. So what’s the big idea.

Stephen Smith also noted that the barns in the 1939 Library of Congress photo were owned by Harold E. Robertston. He explained the view above:  ‘Although Sharon Tapp and myself are positive these are the Avalong Barns, I’ve added viewpoint and lines of view to an aerial photo for any doubters.  The elements in the aerial photo of the Avalong Barns match their placement in the photo of the barns exactly; right down to the overhanging sycamore tree limbs to the top of the chimney of the Mansion, properly seen at the right side of the photo.’ 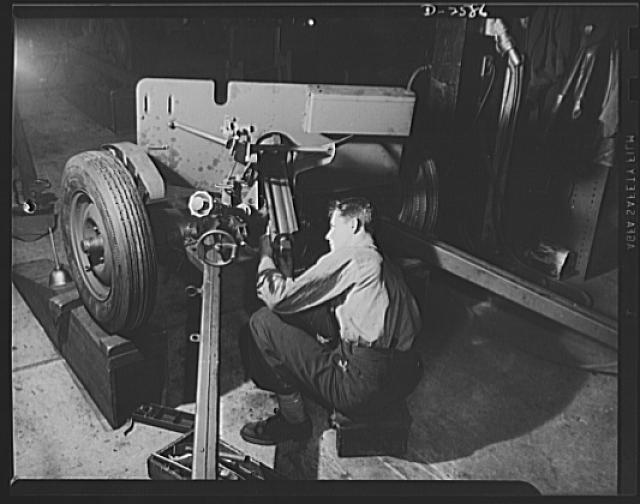 The caption information was good enough on some of the photographs that people living in the past decade saw themselves in them. This photo of Gerald Smith at York Safe & Lock appeared with a piece I wrote in the York Sunday News. Gerald saw the image and contacted his daughter who wrote to me: Fed photogs captured wonderful World War II images. A rule of thumb for photographers of all skill levels: Make sure you put caption information with your pictures. 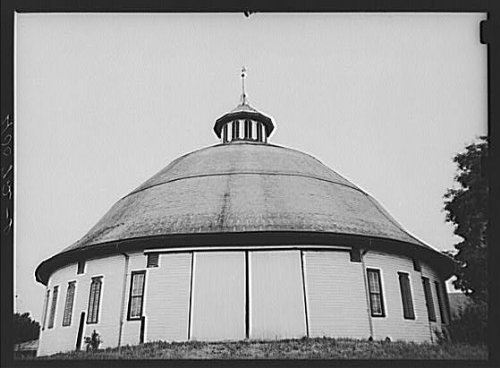 We’ll end this tour of these wonderful photos, commissioned by the U.S. government, with another barn picture, the Historic Round Barn and Farm Market near Gettysburg. For 73 York/Adams photos in this series, check out this YDR Media Center.