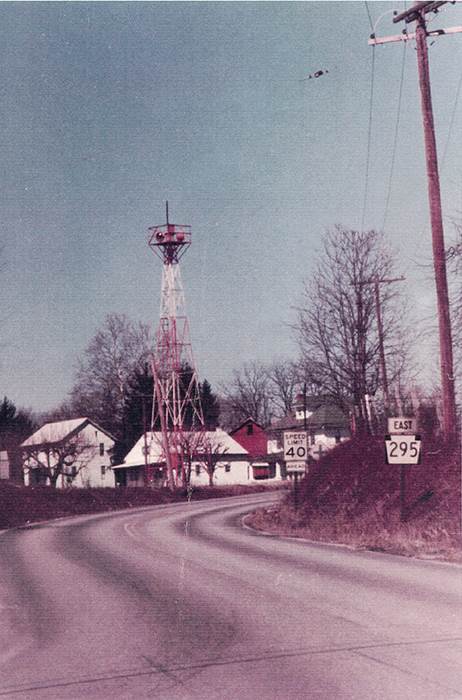 For decades years before 1970, this beacon in Zion View told pilots flying without radar that they were six miles from York and 18 miles from Harrisburg, according to Norma Bear Gates. Also of interest: Zion View Band among York County’s many community bands and A Zion View moment to remember: The night the furnace ‘blew’ and 100th anniversary of drunken Pleasureville brawl, Part II.

The beacon defined the village.
Anyone from Conewago Township’s Zion View could locate their town by saying it was where the airplane beacon was located.
That is, until 1970, when the tower came down.
In “More about … the way it was, Zion View: a country village,” Norma Bear Gates explained that a Druck Valley farm equipment and machinery collector, Floyd Miller, cut down the tower and hauled it to his home. A farmer from Lancaster County later bought the tower, possibly to be used as a windmill stand.
Miller kept two small lights formerly atop the tower, Gates wrote. The large beacon light landed for use at the York Airport (see below).
That beacon might have attracted a small plane in distress seeking a safe place to land in post-War War II Zion View… .
According to Gates, farmer Jim Hooper heard the roar of the plane and tried to signal a landing area on his farm.
“Fortunately, a fence at the edge of the field sustained the plane’s left wing, saving the lives of two occupants (the pilot and his wife) who were enroute to deliver this newly-built plane to its purchasers in Maryland,” Gates wrotes.
It was Zion View’s first – and only – plane crash, Gates noted.
The venerable beacon was designed to guide pilots on their flyways, she noted, but not in their landings. 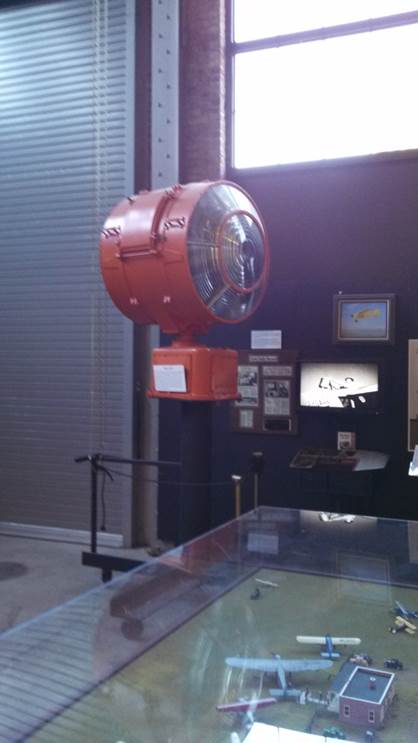 The light that sat atop the tower in Zion View now rests in the York County Agricultural and Industrial Museum, after years of service at York Airport.