Articles of Confederation don’t get no respect – Part II 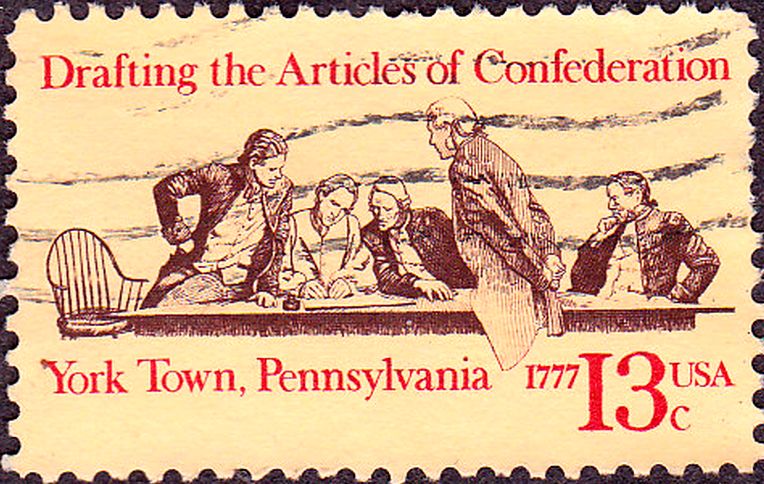 George W. Bush pointed to the opening lines of the Articles – “… we the under signed Delegates … – as underscoring the primacy of government.”
He contrasted those words with the U.S. Constitution’s opening: “We the people.” Those words point out that the strength of America is its people.
Bush could have mentioned that the country owes its name, in part, to the clear wording of Article I of the Articles of Confederation, adopted in York County: “The Stile of this confederacy shall be The United States of America.”
All this is in fun, of course. The president had more to do in his speech than dwell on a flawed document. The Articles, indeed, provided a cracked foundation for the nation, and its big brother and successor, the U.S. Constitution, brought badly needed relief.
In their day, the Articles did the job, providing France with evidence that the 13 far-flung, quarreling Colonies could work together as a unit. That, plus the Continental Army’s success on the battlefield in Saratoga, N.Y., helped bring in France as an American ally.
The relevant text of the president’s speech shows that his State of the Union audience applauded his Articles vs. Constitution comparison. At least, the crowd didn’t boo the Articles:

The strength – the secret of our strength, the miracle of America, is that our greatness lies not in our government, but in the spirit and determination of our people. (Applause.) When the Federal Convention met in Philadelphia in 1787, our nation was bound by the Articles of Confederation, which began with the words, “We the undersigned delegates.” When Gouverneur Morris was asked to draft a preamble to our new Constitution, he offered an important revision and opened with words that changed the course of our nation and the history of the world: “We the people.”
By trusting the people, our Founders wagered that a great and noble nation could be built on the liberty that resides in the hearts of all men and women. By trusting the people, succeeding generations transformed our fragile young democracy into the most powerful nation on Earth and a beacon of hope for millions. And so long as we continue to trust the people, our nation will prosper, our liberty will be secure, and the state of our Union will remain strong. (Applause.)
So tonight, with confidence in freedom’s power, and trust in the people, let us set forth to do their business. God bless America. (Applause.)