Art and artists making the news in York, Pa. 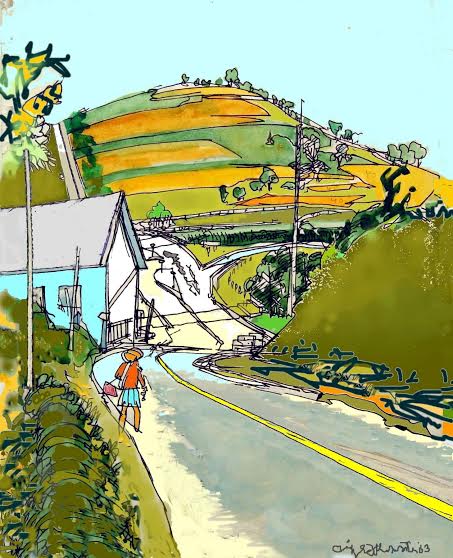 Cliff Satterthwaite captured this scene and the one below in the East Prospect Street/Mount Rose area. Has this scene changed? the former Yorker now living out of state asked. Yes, quite a bit, with more interchange work coming. Also of interest: See scores of Cliff Satterthwaite drawings.

Art and artists have been in the news for all kinds of reasons recently, with several events coming in mid-November … . 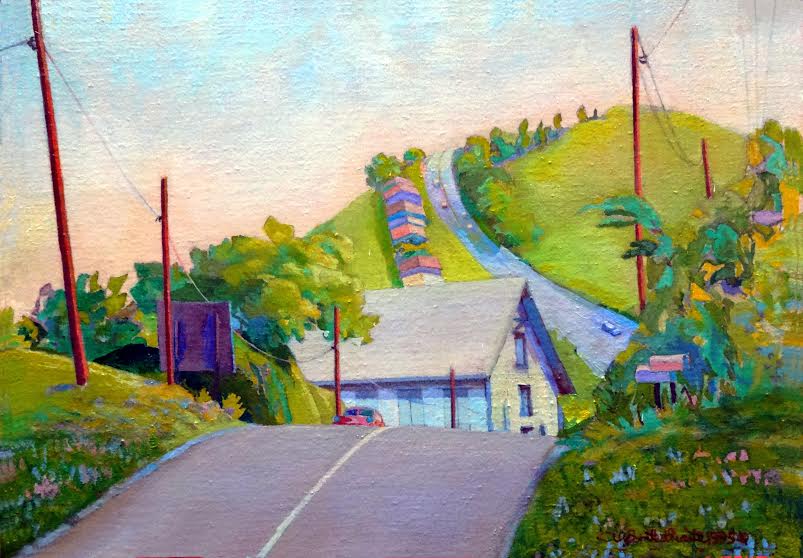 This is a second Satterthwaite drawing of the area around the Mount Rose Interchange of Interstate 83, decades ago. Satterthwaite has compiled about 360 such drawings of York County and plans to publish them in book form. The Virginia resident will be in York in mid-November and will be a guest at receptions in his honor. 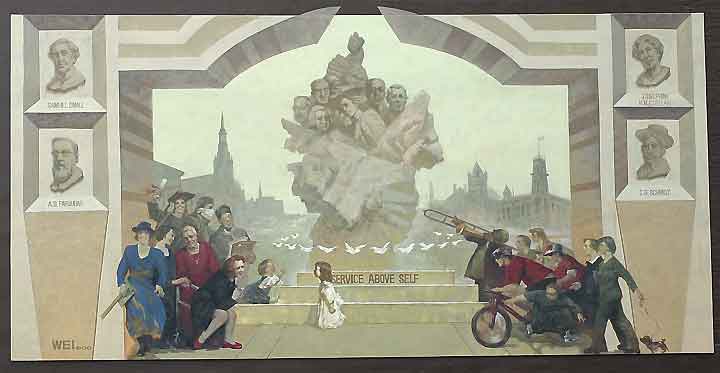 ‘Community Contributors’ is one of 18 large-scale Murals of York, Pa. The York County Heritage Trust, owner of the murals, is looking for businesses and individuals to adopt the panels. The Rotary Club of York is in the process of adopting this one. 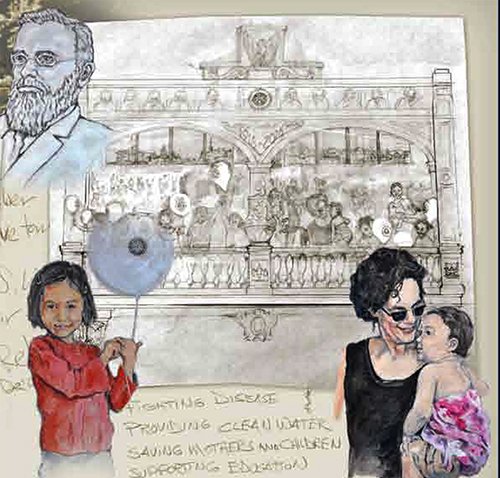 This drawing, sans the people in front, from a York Rotary brochure gives an idea of the appearance of a proposed new mural that will be placed on panels atop the existing Community Contributors murals.

+++ Second opening: Rob Evans exhibit in Reading will have a second opening on Nov. 15 … .