Are there any York County pharmacies with old-fashioned soda fountains? 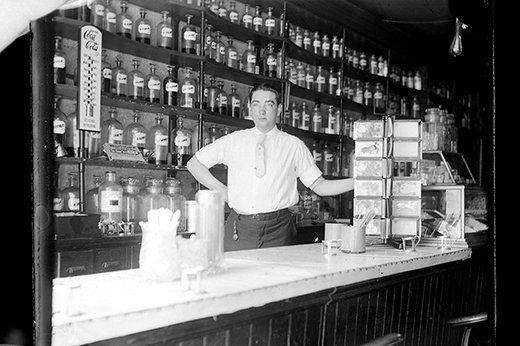 Glen Rock’s John ‘Otts’ Hufnagel noticed a photograph of the now-closed Loyer’s Pharmacy soda fountain in Red Lion, Pa., on yorktownsquare.com recently, and he sent along these photographs of Glen Rock Drug Store’s fountain circa 1913.  ‘Note the interesting pharmacy bottles on the shelves behind Preston Cramer,’ he wrote. ‘Certainly different than the drug stores of today where all the prescription meds are stored on shelves with roll down locking metal covers for security.’ Also of interest:  Are there any York County, Pa., pharmacies left with ‘It’s a Wonderful Life’ style soda fountains?

The soda fountain in the movie “It’s a Wonderful Life” showed an interesting feature of drug stores of the day.

Someone might know for sure, but a guess is that these fountains became popular to treat customers as they endured the sometimes lengthy process of having their prescription’s filled.

I’ve asked before if anyone knows of such an old-fashioned soda fountain still in operated in a York County drugstore. Was Loyer’s the last?

Looks like I’ll have to do some field work.

A couple of years ago, I noticed a old drugstore in Beaver Falls, Pa., went in and and enjoyed a milkshake at the counter.

Today’s Walgreens, Rite Aids and the like have slushy machines, a poor imitation of those soda fountains of old. 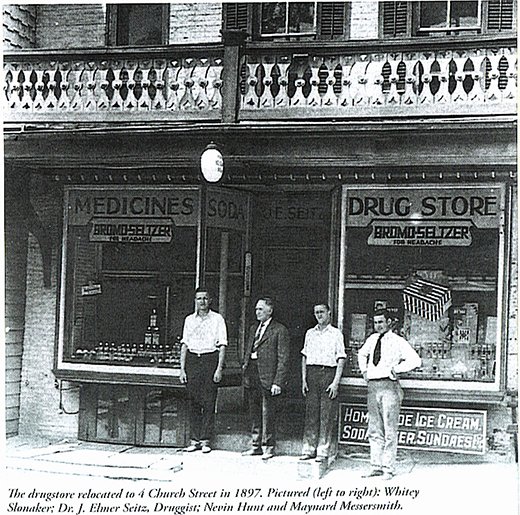 Interesting photograph of Glen Rock Pharmacy. Notice in this photo and the one above the length of the neckties of the day.