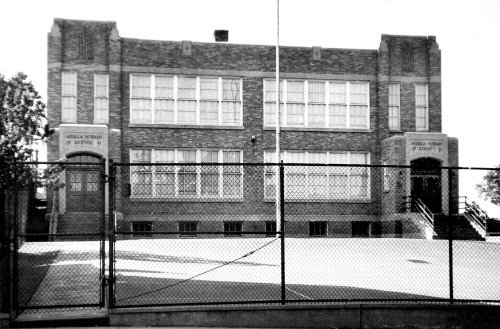 Shirley Proctor Poindexter, SPPoind1171@aol.com, wrote with questions about Aquilla Howard, the freedman, honored as York’s representative to place flowers on the bier of Abraham Lincoln’s funeral train, and a longtime superintendent of York’s A.M.E. Zion Church.

Here’s an excerpt from my “Almost Forgotten,” of the long-remembered visit of Lincoln’s funeral train to York in 1865… .

Six-year-old Henry C. Niles, later a York County judge, provides this recollection from his prime perch on the shoulders of his friend, John Joice, a young black waiter at the Washington House hotel: “The silent crowd made a way for York’s floral expression of patriotism and grief, borne by Aquilla Howard, the tall negro butler of the Philip A. Small family. From John Joice’s shoulder, I saw my mother, following Mrs. Samuel Small, pass into one car door and out the other.”

And here’s Shirley’s query, if anyone can fill in any blanks about Howard:

I enjoy the newspaper very much and was very happy to read the subject referenced article, particularly #15 concerning Aquilla Howard. Do you know anything else about him? Was he married, did he have a family, and was there a school in York named after him?

My grandfather John C Howard was born in Maryland in 1849. He migrated to Marietta, PA and lived there and raised his family. His daughter, my mother was born in Marietta in 1898. She spoke often of Aquilla Howard and said he was a relative of ours. I’ve been checking geneaology records and am very interested in finding anything about Aquilla Howard that I can.

“Almost Forgotten” has other information on Aquilla Howard, as does the York County Heritage Trust. But no work has ever pulled together the strands of Howard’s story into a single story on this great York leader.