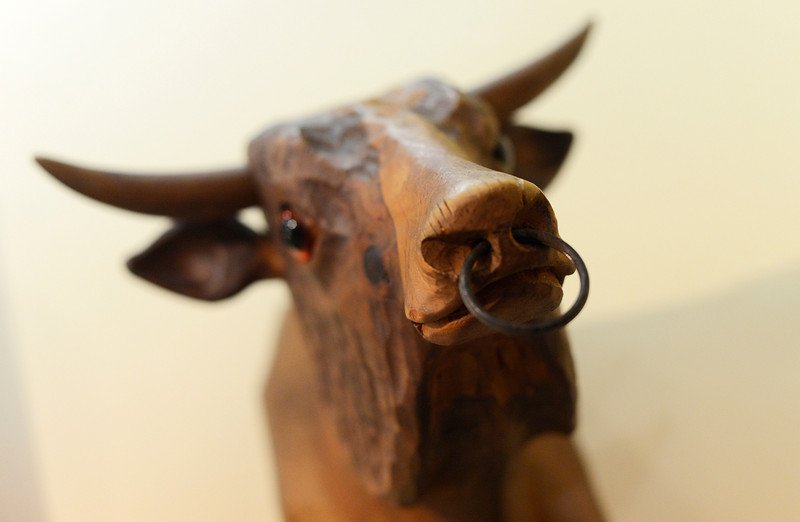 What is it about animals that captures the attention of everyday folks – and antique collectors? Antiquing is a Central Pennsylvania pastime, so there are a lot of shows around here. And if you go to any show, animal stuff is everywhere. Such was the case at the Greater York (Pa.) Antiques Show at the York Expo Center this past weekend. A carved wood cow’s head with glass eyes was offered up by Country Corner Antiques. To see other animal antiques on display, check out this ydr.com Media Center gallery. Also of interest: Springetts collector attracts ‘Antiques Roadshow’s’ Kenos.

York Sunday News columnist Gordon Freireich flagged this one with a note:

On Nov. 16, the U.S. Coast Guard will commission its newest cutter named in honor of Charles David Jr.
David, an African-American, was a steward’s mate aboard a Coast Guard ship that responded to assist the sinking USAT Dorchester in 1943.
David dove into the frigid water of the North Atlantic several times to rescue soldiers aboard the Dorchester, attacked by a German submarine in World War II.  The USAT Dorchester was the ship upon which the Four Chaplains – including York’s Rabbi Alexander D. Goode – died.
David developed pneumonia and died shortly after the Feb. 3, 1943 sinking of the Dorchester.
David’ granddaughter was a guest at the York Four Chaplains Prayer Breakfast two years ago. Commissioning will take place in Key West, FL.

The York County Heritage Trust will received for display in December of copy print of the Emancipation Proclamation, signed by Abe.

A Trust newsletter explains the loaner from the Historical Society of Pennsylvania:

“Shortly after the Civil War began, in April of 1861, a group of concerned women in New York pushed the U.S. Government to support a Sanitary Commission to investigate the conditions in which soldiers lived in military camps. As the war intensified, the commission began caring for sick and wounded soldiers. As a civilian-operated relief organization, funding was an ongoing challenge. To raise money, local chapters organized fairs, bazaars, and festivals to raise money for supplies. The Philadelphia branch used the celebrity status of President Abraham Lincoln for such an effort in 1864. During the Great Central Sanitary Fair in June that year, souvenir copies of the Emancipation Proclamation, signed by Lincoln, were auctioned off. The Commission had 48 copies printed and Lincoln signed some of them when he visited the Fair in person. This was the only Fair that enjoyed the privilege of his attendance.” 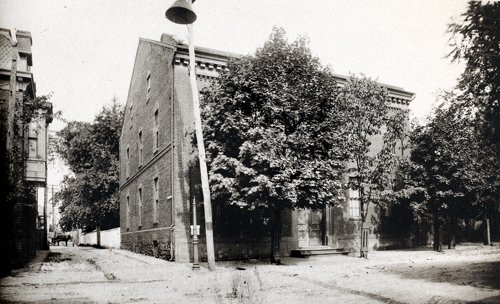 History mystery photo: This building was one of York, Pa.’s, most treasured, before it was demolished to create parking about 40 years ago. Can you ID this building and locate where it stood? (Answer is here: http://bit.ly/1aP4mh9).

Centralia revisited: PennLive provides this update of Centralia,the hard-coal area town that is synonymous with an underground mine fire that has been burning for years.

Another in a series. For additional short-form videos on area historical sites and points of interest, become my follower on Tout.com. (It’s kind of like Twitter for videos, 15 seconds in length). Also sign up to record such videos of your own.