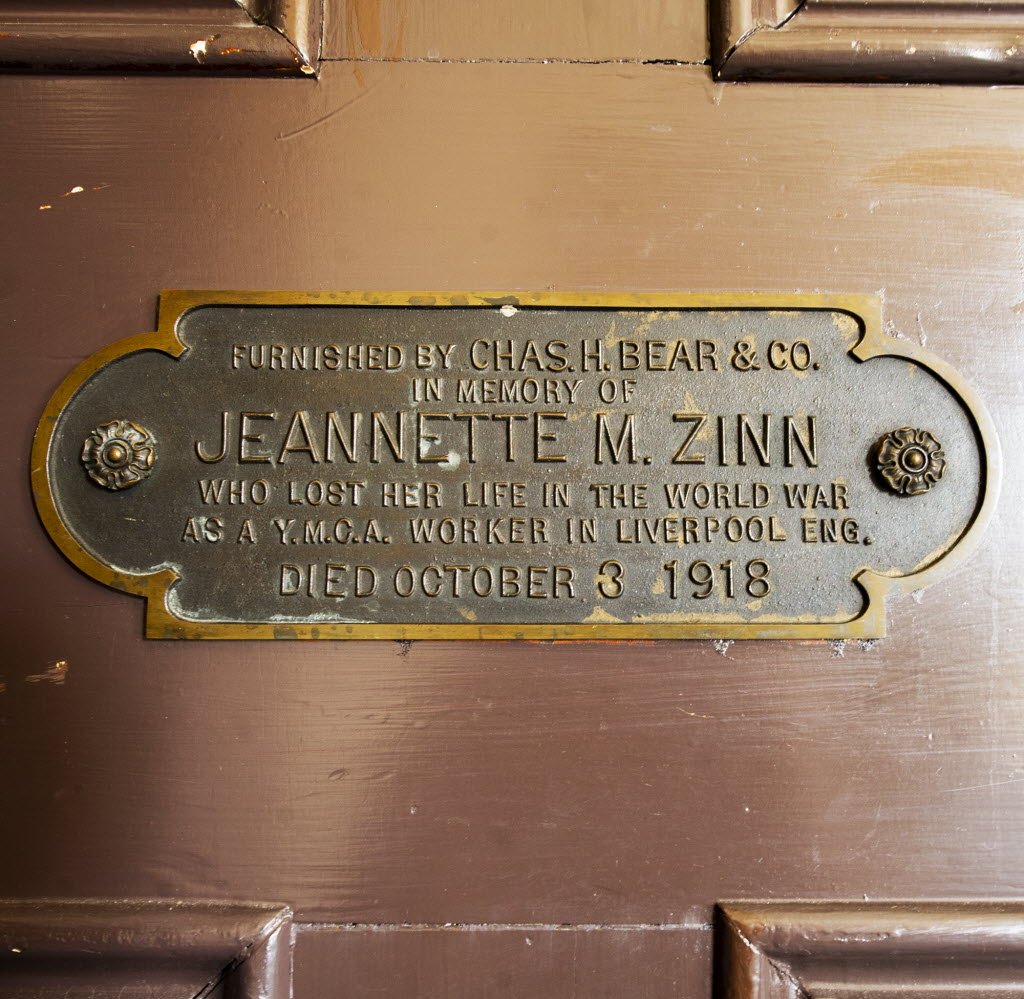 Reminders about our history are everywhere around York, Pa. Here’s one. This plate is affixed to the door in the former home of the Visiting Nurse Association in the 200 block of York’s East Market St. Those furnishings are long gone, VNA is operating elsewhere and the building is usefully deployed by Keystone Auctions. But this York Daily Record photo gives us an opportunity to bring forth word of this unsung hero, Jeannette Zinn. In this story about Ms. Zinn, I wrote that a room was furnished in the Girls’ Club in York. It appears that the VNA played host to the Girls’ Club because here’s that room. Also of interest: Keystone Auctions’ venue, former York VNA building, combines historic location and grand interior.

Other important/interesting stories from all over … .

Lincoln’s funeral train stopped in York as part of its solemn U.S. tour 150 years ago.

But sometimes overlooked is that it had to pass through the many York County communities on its way to and from the county seat.

Event to watch for: Dr. Dorothy King will present at the York County Heritage Trust in a Women’s History Month program ‘The Saturday Evening Girls’ on March 28. Here’s a description from the Trust’s website, where other details can be found: ‘In Commemorating National Women’s History Month, Dr. Dorothy King will present the story of The Saturday Evening Girls, a group that began as a library club for Jewish and Italian immigrants in Boston’s North End. Meeting for 70 years the group went on to publish a scholarly newsletter, host cultural performances, and found Paul Revere Pottery, which created American art pottery pieces that are highly collectable today. Developing a neighborhood school, the club offered a unique experience to young women in the 1920s.’

Thanks for passing on, Lyzz!