Along York’s West Philadelphia Street: One spot says a lot 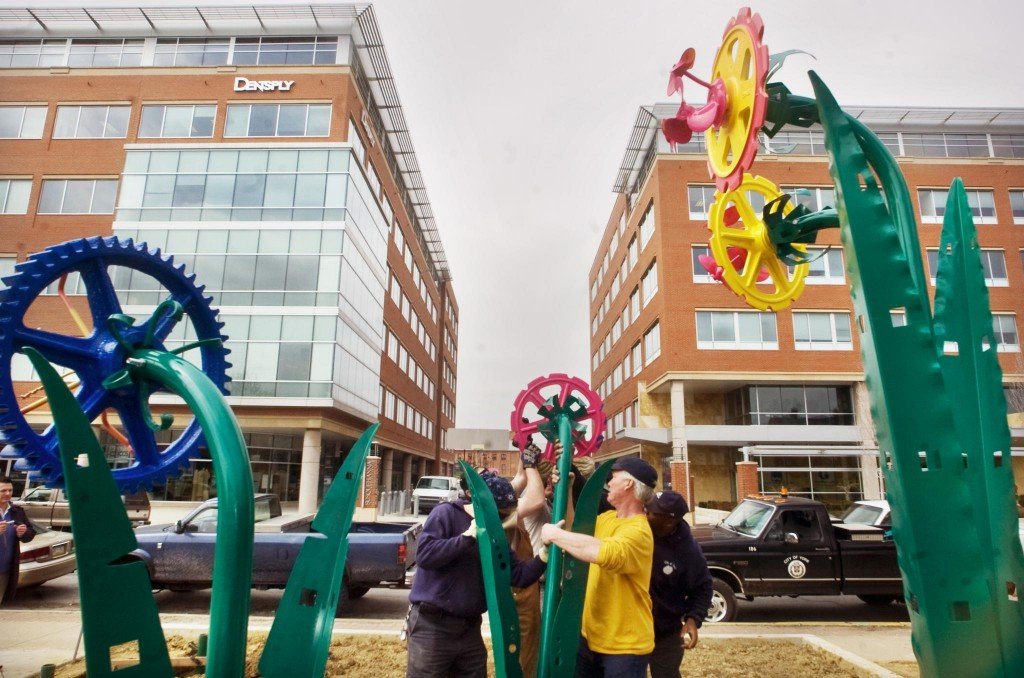 Ten years ago, this scene captured one of several new projects sprouting around York. It says a lot. You have the Susquehanna Commerce Center, prime professional office space, that went up on an industrial brownfield. This serves as a prime example of the service sector replacing heavy industry. Indeed, the bridge at the rear of this former brownfield was a major meeting place for union members seeking to better conditions in York, Pa.’s, plentiful heavy industries. The metal flowers, made from industrial parts, combine the craftsmanship of factory workers with the new emphasis on arts in the city. These blooming flowers are a kind of a concrete – or metal – example of ‘Creativity Unleashed,’ a marketing concept that promotes the craftsmen of York’s past with the artisans of the present. This program again points to the transition from an industrial to service economy. Both the flowers and the office building are ‘watered’ by the nearby Codorus Creek, which then – and now – was drawing development along its banks. One spot, indeed, says a lot. Things do change in York, Pa. For a review of those decade-ago projects, check out: A decade of changes. Also of interest: Foodstruck event offers insight about direction York, Pa., is heading.

News about the military is never far from the eyes of journalists.

So we have this interesting video of a tank firing target rounds on a range at Fort Indiantown Gap, an exercise that hasn’t taken place in 14 years. 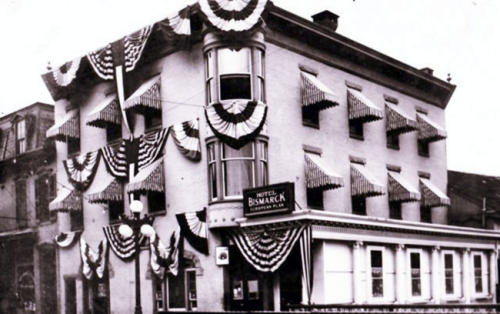 Here’s a History Mystery from another place in this region? Can you locate it? Answer: Hotel Bismarck.
+++
Older equipment in a newer park

+++
History mystery: See if you can ID this wonderful place: