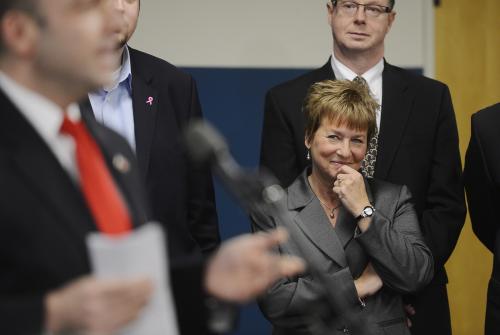 York countians, who have done pretty well on the state and national stage for years, continue to make headlines.

Some of the recent accomplishments come because Baby Boomers are reaching high levels after building careers for years. Acting State Revenue Secretary Bev Mackereth and Arizona Cardinals coach Bruce Arians would be examples of that. Tom Wolf, considering a bid for Pa’s governor’s seat, is another. Chris Doleman, inducted into the NFL’s Hall of Fame last year, is another from the sports world.

Then, too, there are younger newcomers to the stage. Halestorm and state Auditor General Eugene DePasquale are two examples there.

The point for York County non-profits and York City officials to take in is that these achievers can come home to make contributions to their hometowns. We’re seeing some of this, but just some of this.

So we’ll let a York Daily Record/Sunday News editorial Yorkers making a mark (2/13/13) bring some of these achievements together:

York countians are slowly taking over the world.

They’re working their way into influential positions on a variety of fronts – sports, entertainment, politics, etc.

Ms. Mackereth was recently chosen as acting head of a department with a $26 billion budget. That’s an important, influential job that goes far beyond handing out stereotypical “welfare” benefits. The department provides crucial services to about 2.2 million low-income Pennsylvanians.

It’s hard to imagine a better choice for the position – Ms. Mackereth is a quintessential “compassionate conservative.” We look to her to keep costs under control while still providing effective services to people – children, the elderly, those with disabilities – who would be in desperate straits without such aid.

Gov. Tom Corbett gets high marks for choosing this York countian. Now he should remove the “acting” from her title.

Ms. Mackereth joins a number of other Yorkers in prominent positions in Harrisburg.

Eugene DePasquale is the state’s new auditor general – and he’s seen as a rising star in Harrisburg. To give a sense of that: Shortly before taking office he issued an announcement that he would not be running for governor any time soon, apparently in response to political gossip bouncing around the state capital. He’s not the only influential York countian up there, though:

State Rep. Stan Saylor, R-Windsor Township, is the majority whip in the House.

And who knows, maybe York County will soon have its second governor. Influential local businessman Tom Wolf has said he will likely run for governor next year. Run, Mr. Wolf, run.

Entertainment: York County has spawned a number of Grammy-award nominees and winners over the years, and now we have another.

Halestorm worked their way up through the local bar scene – emphasis on work, according to those who collaborated with them – to become one of the hottest hard-rocking acts in the nation.

Sports: Bruce Arians, who attended York Catholic and William Penn, was recently named head coach of the Arizona Cardinals after an amazing run as acting coach of the Indianapolis Colts, filling in for the cancer-stricken Chuck Pagano.

Now Mr. Arians, who has Super Bowl rings from his time with the Steelers, has a chance to put his own imprint on a team.

Here’s hoping that some day the “York connection” will be a head coach who has won a Super Bowl.

Law enforcement: Springettsbury Township Police Chief Thomas Hyers has only been in this area for a short period of time (having come here from the Philadelphia Police), but he’s making law enforcement waves locally that are now reaching nationally.

He recently held a training session at Central York High School to prepare his officers for a potential armed attack – and smartly proposed a countywide training effort.

That got noticed – and he was invited to a Monday round-table session with Vice President Joe Biden on gun control.

That’s quite an honor for a York County police chief.

We might live in a small, obscure central Pennsylvania community, but our people are doing great things in this community and the wider world.

Forum of the day

Halestorm, recent Grammy winner, and Bruce Arians, on the job as an NFL head coach, are just two of many York countians who have made national and regional headlines over the decades. Do you think York County should make more of the fact that it’s the hometown of many celebrities? Please comment below. 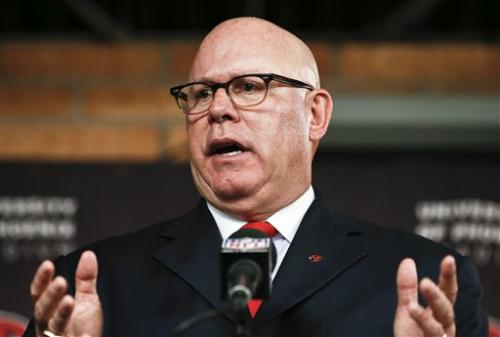 Arizona Cardinals new head coach Bruce Arians, a William Penn graduate, speaks to the media in this AP photograph. Check out these photos and stories of other achievers with a York High degree.