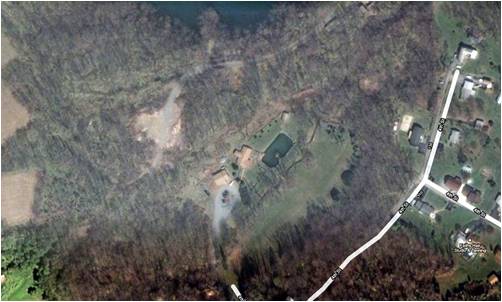 The old Meadowbrook swimming pool now provides beauty to wonderful private grounds near Saginaw, courtesy of this view from the York County Planning Commission. For years, motorists traveled to this remote pool in the summer. It formed a kind of bridge between Elm Beach on Conewago Creek, only a few miles away near Manchester, and the more centrally located Sun Valley, Green Valley Lincoln Way and other such community pools. The body of water partially seen at the top is a J.E. Baker quarry. The Susquehanna River is only yards from the top right corner of this photograph. Saginaw, a river village, was a lumber center, the original home of Wolf lumber operations, which relocated nearby to what became Mount Wolf about 1850. Local historians say the grassy area near the pool earlier served as a grazing area for the mules that provided horsepower to work the quarry. Also of interest: Conewago Creek crossing near Manchester a hot spot for years.

The Civil War Road Show, that traveling trailer explaining the Civil War in Pennsylvania, is ending its travels for good in Gettysburg this weekend.

It will become a stationary exhibit at the State Museum in Harrisburg after this appearance.

Some questions: Did you enjoy it when it stopped at York’s Penn Park last year? Will you see it this weekend or at its rest home in Harrisburg? Please comment below Background post: 10 links explaining York’s role in the Civil War and the traveling show’s stop in York.

Lincoln statue plan: Gettysburg is getting another statue, this one of Abraham Lincoln at the Gettysburg Library. Civil War 150th-related events and memorials are popping up everywhere.

Noted reunion: Read about the real people, the women behind the film “A League of Their Own” are reuniting at the Baseball Hall of Fame in Cooperstown, N.Y. 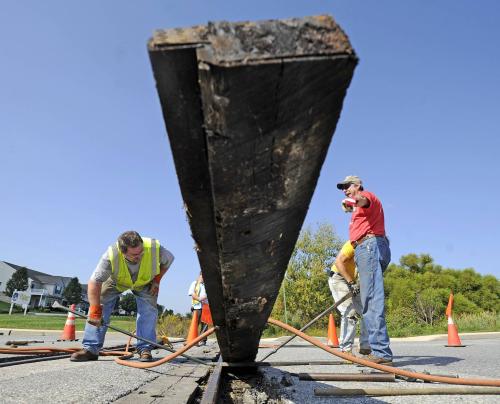