Adding to the long list of York County’s greatest athletes 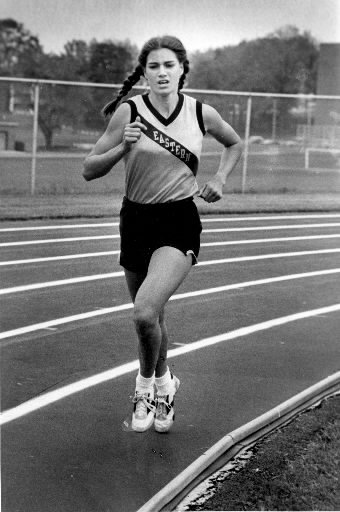 A recent ydr.com story said this about Eastern York High School’s Donna McLain Vitacco: ‘She arguably was the most dominating female track and field athlete the YAIAA has ever known — certainly the best distance runner.’ She was on a list of 13 athletes rated the best to ever come out of York County. Also of interest: Who were the most prominent York/Adams athletes in the 20th century?

In covering Chris Doleman’s entry in the NFL Hall of Fame, the York Daily Record’s sports department put together a list of 13 top athletes hailing from York County.

We’ve covered many on this blog, but three have largely escaped explanation.

So, we’re fixing that today.

You’ll see photographs here of Donna McLain Vitacco, Connie Shorb and Bill Schmidt, plus explanations about their prowess along with the other 10 profiled.

So, back to the overlooked three. 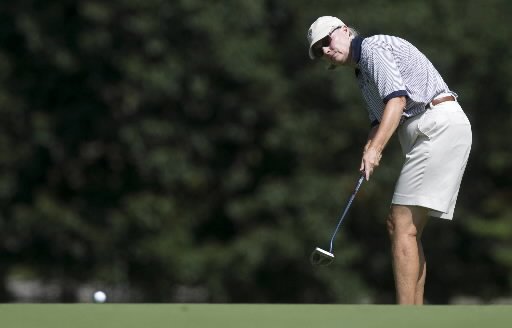 Connie Shorb has 30 WYCAGA titles in her golf bag.

Loretta Claiborne:The Special Olympian, who didn’t speak until she was four, has competed in six Special Olympics World Games and more than 100 local and state events. Claiborne, who graduate from William Penn, has six gold medals, three silvers and a bronze from the World Games. In 1981, she was the first Special Olympics athlete to run the Boston Marathon, finishing with a time of 3:09. She won the 1996 ESPY Award-Arthur Ashe Award for Courage and Walt Disney Productions made a television movie of her life, titled “The Loretta Claiborne Story.” She was inducted into the Women in Sports Hall of Fame and Special Olympics Pennsylvania Hall of Fame.

Chris Doleman: An all-state selection in football, basketball and volleyball at William Penn High School, Doleman went on to become an All-American at the University of Pittsburgh. A defensive lineman, Doleman was drafted fourth overall in 1985 by the Minnesota Vikings. He spent 15 seasons in the NFL, was a six-time Pro Bowler and retired as one of four players with more than 150 sacks. Saturday, he was inducted into the Football Hall of Fame.

Scott Fitzkee: A football and track standout at Red Lion High, Fitzkee started at receiver for Joe Paterno at Penn State from 1976-1978. He caught 65 passes for 1,263 yards and 11 touchdowns during his State College stay. Fitzkee was drafted in the fifth round by Philadelphia and spent two seasons with the Eagles and two more with the San Diego Chargers. He won two USFL titles with the Philadelphia/Baltimore Stars before retiring.

Henry “Hinkey” Haines: Haines was 24 years old when he played his only season of Major League Baseball in 1923. He appeared in 24 games and batted .160 as an outfielder for the New York Yankees, who won the World Series that season. Haines’ path to more playing time was blocked by a guy named Babe Ruth, who batted .393 with 41 home runs and 131 RBIs. After his one season in the majors, Haines, a Penn State grad, went on to a successful pro football career with the New York Giants and won a championship in that sport in 1927.

Lincoln Kennedy: Kennedy was born and raised in York, but moved to San Diego at age 12. An offensive lineman at the University of Washington, Kennedy was a first-round pick of the Atlanta Falcons in 1993. He spent three seasons there before a trade to Oakland in 1996. He retired after the 2003 season, having played in a Super Bowl and three Pro Bowls.

John Kuhn: The Dover High standout ended his college football career at Shippensburg University with 27 school and six conference records. He signed a free-agent contract with the Steelers in 2005 and won a Super Bowl ring as a member of the practice squad. Nearly five years later, he collected ring No. 2, this time as a member of the Green Bay Packers in Super Bowl XLV.

Donna McLain Vitacco: She arguably was the most dominating female track and field athlete the YAIAA has ever known — certainly the best distance runner. The Eastern York graduate won six PIAA gold medals in track and one in cross country. She earned four-straight District 3 titles in both the 1600 and 3200 meter runs on her way to becoming a high school All-American. She even won three YCIAA titles in the 800 meters. She even won two cross country national titles in high school.

Ken Raffensberger: A left-handed pitcher who played 15 major-league seasons with the St. Louis Cardinals, Chicago Cubs, Philadelphia Phillies and Cincinnati Reds between 1939 and 1954. Raffensberger, who died in 2002, twice led the National League in shutouts, pitched four one-hitters and was the winning pitcher in the 1944 All-Star Game.

Bill Schmidt: The William Penn graduate accomplished more in high school swimming than any swimmer in York County history. Undefeated in individual competition for three years, he won three individual state championships in the 100-yard breaststroke from 1940-42. He held the national scholastic and national YMCA records for the 100 breaststroke in 1941 and ’42. He also earned another state gold medal as a member of the three-man 150-yard medley relay team as a junior. The relay team also set national scholastic and national “Y” records for two seasons despite changes in the lineup. Schmidt earned All-America honors while swimming at Temple University.

Scott Strausbaugh: The Dover native won Olympic gold in the two-man slalom at the 1992 Barcelona Games.

Chantel Tremitiere: She stood only 5-foot-5, but she could play basketball. Tremitiere averaged an incredible 13 assists a game and scored 17 points per game as a senior at William Penn. She earned a scholarship to Auburn, and she played for three NCAA championships during her career. Drafted by the Sacramento Monarchs, she became the first woman from York or Adams counties to reach the WNBA, where she played for four seasons.

Butch Wynegar: Played 12 seasons as a catcher for the Minnesota Twins, New York Yankees and California Angels between 1976 and 1988. 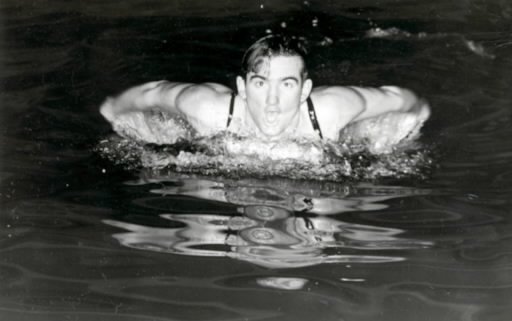 William Penn’s Bill Schmidt won a slew of swimming titles in high school and went on to Temple where he achieved All-American status.