Add another to list of entertainers with York links 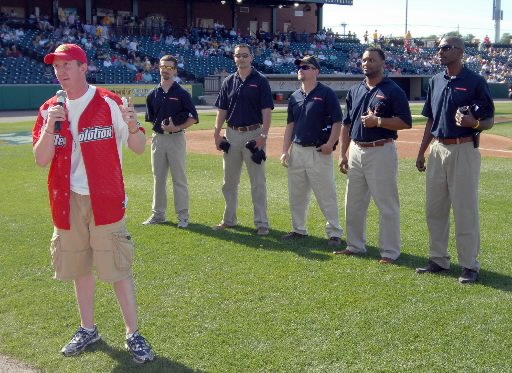 Greg Vojtanek of the Revs has marketing experience in addition to Hollywood acting credits.

Greg Vojtanek, marketing manager for the York Revs, is bringing Hollywood experience to make each home game an event.
Vojtanek appeared in “Princess Diaries II,” as George, the lip reader. He was also in a deleted scene (available on DVD) in “Raising Helen,” as a security guard/stage manager. He had a brief walking scene with Kate Hudson.
He has appeared in commercials and soap operas before switching to promotions in organized baseball.
“I just said, ‘I think I want to work in baseball.’ I don’t know why. I have no idea what came over me,” he told the York Daily Record in a recent story.
He is another in a long line of people with York links to work as actors on stage or screen.
Mark Zortman of Central York High School keeps a running list of those who have gone on to big things… . (This supplements past posts on this blog.) …